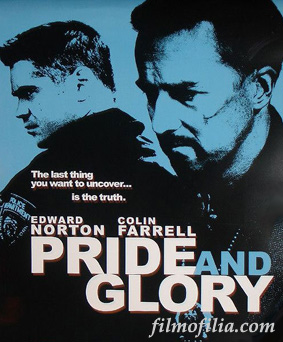 ’Pride and Glory’, written by Gavin O’Connor (Tumbleweeds) and Joe Carnahan (Narc), tells the tale of a family whose lives revolve around the NYPD. ‘Pride and Glory’ starring Colin Farrell, Edward Norton, and Jon Voight. Edward Norton will play a homicide detective assigned to investigate the precinct run by his older brother (Noah Emmerich). Farrell will star as the investigator’s best friend, an officer whose integrity is ambiguous. O’Conner is co-directing the film and told Variety magazine that the project is one he believes in. He stated: ‘My father was a New York City detective, and I grew up in that world. It’s a celebration of honest cops, which was everything my father was about. Though it is fictional, it is homage to my father.’ ‘Pride and Glory’ is due to begin shooting in New York in January 2008. [youtube]http://www.youtube.com/v/TEcp0AvsdDo[/youtube]
Continue Reading
Advertisement
You may also like...
Related Topics:Colin Farrell, Edward Norton, Jon Voight