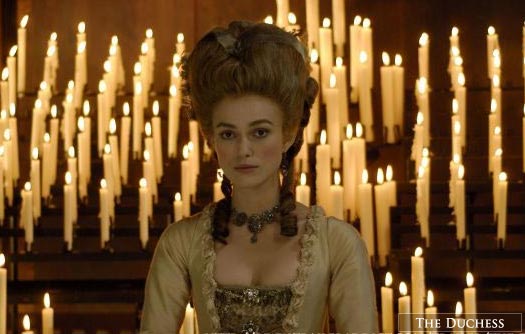 The theatrical trailer for Saul Dibb’s  “The Duchess”   has been released. “The Duchess” is the story of an extraordinary woman who rose to fame by staying true to her passions in a world of protocol, gossip and social rules – and paid the price. Academy Award nominee Keira Knightley and Academy Award winner Ralph Fiennes head an international cast that also includes Dominic Cooper as the abolitionist Charles Grey, the Duchess’s favorite lover, Haley Atwell as the Duchess’s alluring best friend and rival, Lady Elizabeth “Bess” Spencer; and Charlotte Rampling as the Duchess’s mother, the Lady Spencer. At this point, “The Duchess” has been picked up by a distributor and has been scheduled to appear in theaters on September 19th, in limited release.