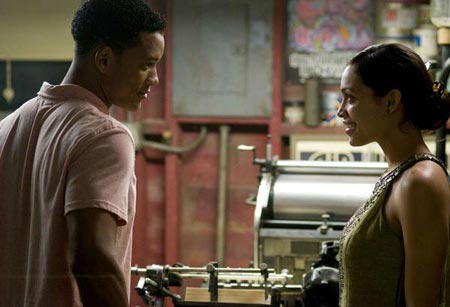 Sony Pictures has revealed three brand new TV spots and photos from Will Smith‘s  “Seven Pounds.” Rosario Dawson and Woody Harrelson also starring in the movie which Gabriele Muccino is directing from a script by Grant Nieporte.

The emotional story of a man who will change the lives of seven strangers Ben (Will Smith) is an IRS agent who is deeply depressed after the death of his wife, and guilt-ridden for mistakes from his past. He decides to kill himself, but to also help seven struggling individuals before doing so. When he meets Emily (Rosario Dawson), a beautiful woman with an heart condition, he falls in love with her, complicating his plans of suicide.