The first teaser poster for new disaster flick, “2012“, is now online. “2012” is directed and co-written by German filmmaker Roland Emmerich (Stargate, Independence Day, Godzilla, The Patriot, The Day After Tomorrow, 10,000 B.C.) It was also co-written by Harald Kloser (The Thirteenth Floor, The Day After Tomorrow, Alien vs Predator, 10,000 B.C.) Never before has a date in history been so significant to so many cultures, so many religions, scientists, and governments. ‘2012′ is an epic adventure about a global cataclysm that brings an end to the world and tells of the heroic struggle of the survivors. The film stars John Cusack, Amanda Peet, Chiwetel Ejiofor, Danny Glover, Thandie Newton, Oliver Platt, Thomas McCarthy, Woody Harrelson, Chin Han, Morgan Lily and Beatrice Rosen. “2012” opens November 13th, 2009. 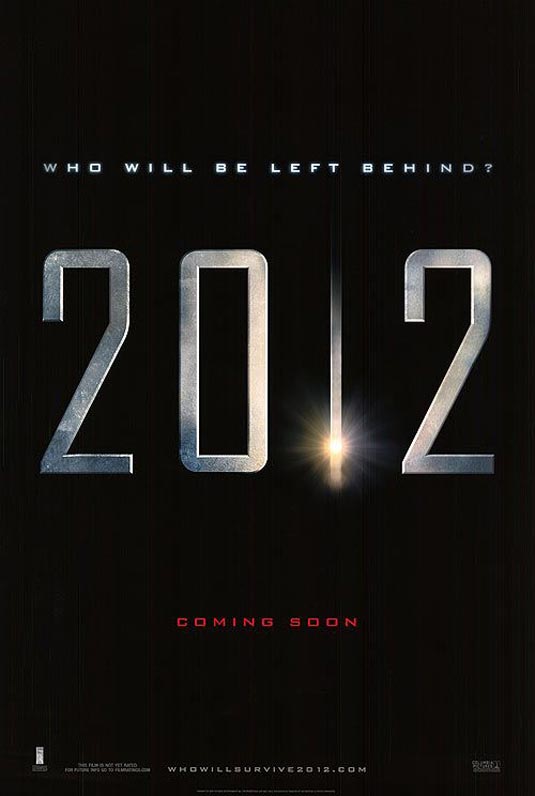