Connect with us
Prev2 of 2Next
Use your ← → (arrow) keys to browse
The Spirits, run by the nonprofit Film Independent, threw in some of its typically enjoyable ironic touches. One of them was definitely David Spade who presented the best foreign award, starting with: “You may not know this, but my movies play in other countries. They’re huge in Poland. I can’t set foot in Bulgaria.” Thanks for letting us know Spade! 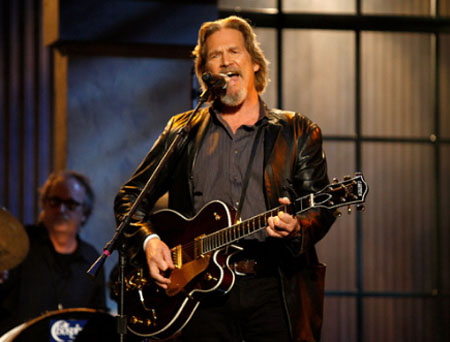 On the other hand, we had a chance to see Ben Stiller, known for studio comedies more than any boutique film, but this time he was in role of presenter of the top award of best feature. As usual, he made audience laugh, this time he brought on two women and a man introduced as porn stars to roll around in simulated sex while he announced the nominees for best picture. Crazy as always. We could not expect more from Precious, simply because the movie won for all five categories in which it was nominated: Best Feature, Best Director (Lee Daniels), Best Female Lead (Gabourey Sidibe), Best Supporting Female (Mo’Nique), and Best First Screenplay (Geoffrey Fletcher). Impressing indeed. “Kathryn Bigelow isn’t here tonight. I am,” said Daniels. 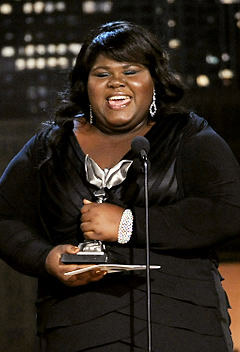 You all had a chance to see young Gabourey Sidibe at Oscar night and her excitement, but she also had an interesting speech when she received her Best Actress award, saying: “My mom used to pay me $2 to go to school…and I saved up my money for a week so that I could see Welcome to the Dollhouse and that’s the first film I saw where I could say ‘I could do that.” We were all happy to see Scott Neustadter & Michael H. Weber win for their screenplay for 500 Days Of Summer since we already wrote about this one, as well as An Education receiving an award for Best Foreign Film, and A serious man for Best Cinematography. Other Oscar nominees were big winners that night, too. Jeff Bridges won Best Actor for Crazy Heart which also won Best First Feature. Woody Harrelson was named Best Supporting Actor for The Messenger. Seems like Bridges definitely had a good year… So, it was a nice entertaining show, even if the lights made it difficult to watch at times, we heard that there were some complaining about that. Anyway, we guess everybody had a good time, as we were while watching. Hope next year to be even better! Check out the full list of all the award winners (winners in bold). BEST FEATURE Precious Amreeka 500 Days of Summer Sin Nombre The Last Station BEST FIRST FEATURE Crazy Heart A Single Man Easier With Practice Paranormal Activity The Messenger BEST DIRECTOR Lee Daniels – Precious Ethan Coen & Joel Coen – A Serious Man Cary Fukunaga – Sin Nombre James Gray – Two Lovers Michael Hoffman – The Last Station BEST MALE LEAD Jeff Bridges – Crazy Heart Colin Firth – A Single Man Joseph Gordon-Levitt – 500 Days Of Summer Souléymane Sy Savané – Goodbye Solo Adam Scott – The Vicious Kind BEST FEMALE LEAD Gabourey Sidibe – Precious Maria Bello – Downloading Nancy Helen Mirren – The Last Station Gwentyth Paltrow – Two Lovers Nisreen Faour – Amreeka 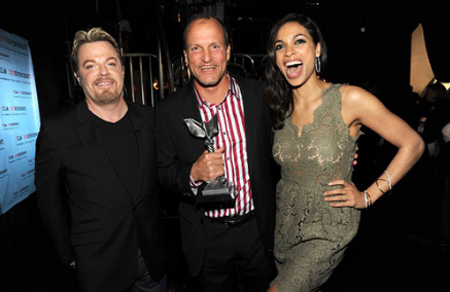