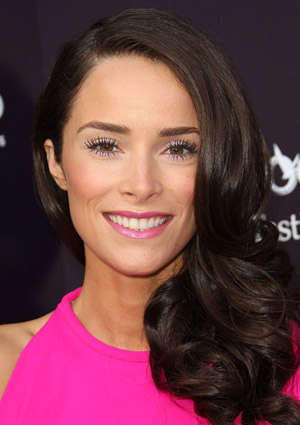 So, let’s continue our little chat about the upcoming Sam Raimi‘s Oz, The Great and Powerful project that definitely has some impressive cast on board. And it’s getting bigger every single day! According to the latest reports, Abigail Spencer has joined the previously announced James Franco, Mila Kunis, Rachel Weisz, Michelle Williams and Zach Braff. As you already know, the movie is penned by Mitchell Kapner and David Lindsay-Abaire, and it will follow a young illusionist with a grandiose attitude who is forced to flee a traveling circus. His hot air balloon is swept up by a tornado to the land of Oz, which is run by two magical wicked witches. Logically, up there he must team up with Glinda the Good Witch in order to battle her evil counterparts who are bent on taking over the land. As for the cast, Franco is on board to star as the charismatic magician, Mila Kunis and Rachel Weisz are the evil witches, while Michelle Williams is Glinda The Good Witch. Zach Braff will star as Oz’s faithful assistant, and the latest added Mad Men star Abigail Spencer will play a willing participant in Franco’s magic show while he’s performing in Kansas. Oz, The Great and Powerful begins filming in Michigan later this month, and the movie is slated to hit the theaters on March 8th, 2013. Stay tuned for more updates!
Continue Reading
Advertisement
You may also like...
Related Topics:Abigail Spencer, james franco, Michelle Williams, Mila Kunis, Oz the Great and Powerful, Rachel Weisz, Sam Raimi