Connect with us
Absolutely Anything is an upcoming comedy that involves “aliens, a goofy Brit, a talking dog, and buckets of silliness.” 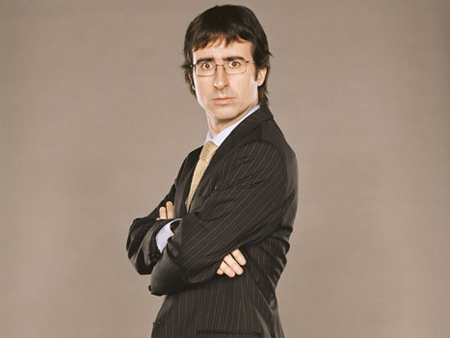 And that’s basically all we know about this project. Except the (big!) fact that goes like this: Monty Python‘s Terry Jones is attached to direct the whole thing, with Daily Show correspondent and occasional “Community” cast member John Oliver set to star in it. And, if that’s not great enough for you, then let us say right here at the beginning that Robin Williams is in talks to play the dog! Jones wrote the script together with Gavin Scott, and, at this moment, we have no idea what Oliver’s role will be (probably that “goofy Brit”), Robin Williams is in talks to play the talking dog named Dennis the Dog, while John Cleese, Michael Palin, Eric Idle and Terry Gilliam have all been contacted about voicing aliens. Absolutely Anything is currently hoping to shoot in Spring 2011.
Continue Reading
Advertisement
You may also like...
Related Topics:Absolutely Anything, john cleese, John Oliver, Robin Williams, Terry Jones