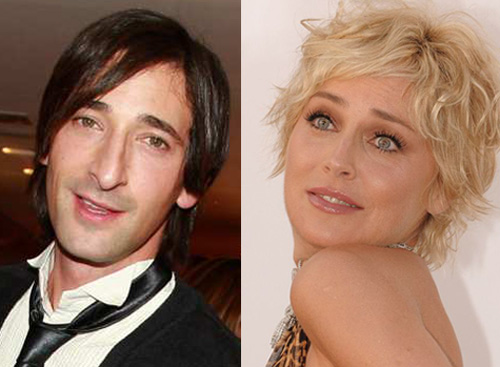 Stone and Brody will join quite interesting cast, which includes Bette Midler, Sean Brosnan and Pixie Lott. Here’s what this project is about: “The story puts a comedic spin on the birth of Jesus. It takes place in the 70s and focuses on a guy named Joe who takes his pregnant teenage girlfriend, Mary, to Bethlehem, Maryland. Upon their arrival the locals go into a frenzy believing they’re about to witness the Second Coming.” Adrien Brody takes over for Rockwell as Joe, while Sharon Stone will play Mary’s mother. Mary is being played by UK pop star Pixie Lott (although the project was initially going to feature Britney Spears in the lead role), and Bette Midler has stayed on as a Bethlehem innkeeper. Sweet Baby Jesus will be directed by Peter Hewitt and filming begins in Maryland and Ireland next month. They are hoping for a release sometime next year. Stay tuned!
Continue Reading
Advertisement
You may also like...
Related Topics:Adrien Brody, Bette Midler, Sharon Stone