Today we have the first poster for Alejandro Amenábar’s ancient Egyptian epic “Agora.” Set in Roman Egypt in the fourth century A.D., Rachel Weisz plays astrologer-philosopher Hypatia of Alexandria, who fights to save the collected wisdom of the ancient world. Her slave Davus (Max Minghella) is torn between his love for his mistress and the possibility of gaining his freedom by joining the rising tide of Christianity. The film also stars Oscar Isaac, Ashraf Barhom, Homayoun Ershadi, Jordan Kiziuk, Michael Lonsdale, Rupert Evans and Richard Durden. “Agora,” directed by Alejandro Amenábar who is also the writer with Mateo Gil, will be premiered at Cannes Film Festival 2009. The movie will hit US theaters on December 18th 2009. 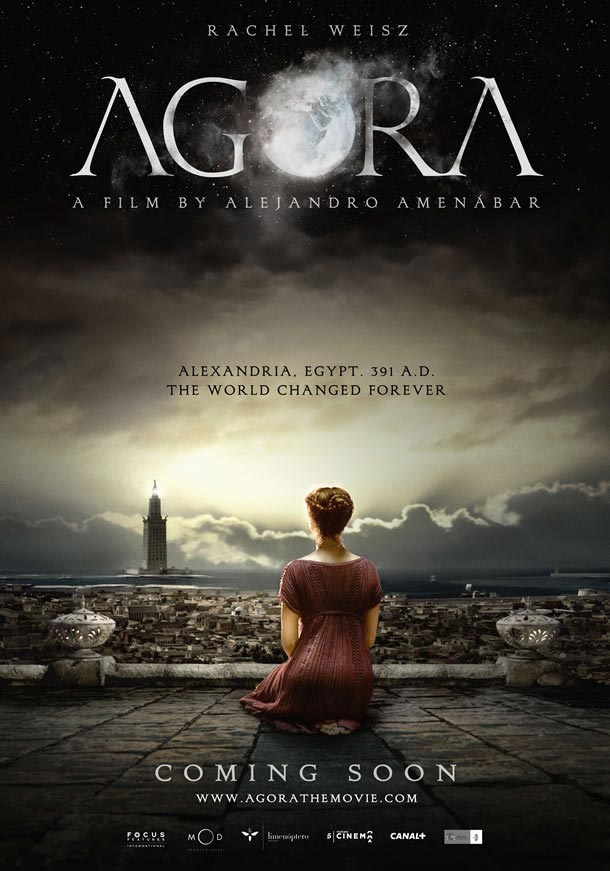