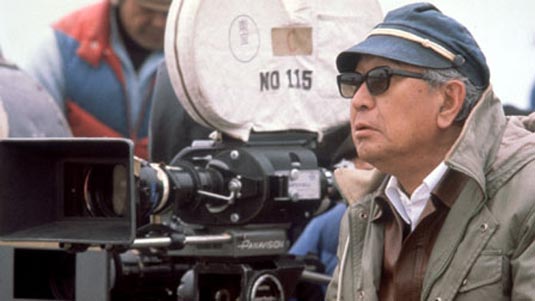 The Writers Guild of America West (WGAW) announced on Thursday that it is honoring Japanese filmmakers Akira Kurosawa, Shinobu Hashimoto, Ryuzo Kikushima, and Hideo Oguni with its Jean Renoir Award for Screenwriting Achievement. The Jean Renoir Award, which is the WGAW’s lifetime achievement international screenwriting award, is given to international writers who have “advanced the literature of motion pictures through the years and who [have] made outstanding contributions to the profession of screenwriter.” Kurosawa (1910-1998) directed more than 30 films and wrote or contributed to more than 70 titles, including many classic films such as Seven Samurai, Rashomon, Ikiru, Yojimbo, Kagemusha, Ran, Red Beard, and High and Low. Kikushima (1914-1989) contributed to more than 60 films and collaborated with Kurosawa on Stray Dog, Scandal, The Last Fortress, High and Low, Yojimbo, The Bad Sleep Well, and Red Beard. He also worked on Tora! Tora! Tora! with Oguni, and Willful Murder, the latter of which earned him a Japanese Academy Award nomination for Best Screenplay. Hashimoto, born in 1918, wrote or contributed to more than 61 films, including Rashomon, Ikiru, Sanjuro, High and Low, and Ran. Oguni (1904-1996) contributed to more than 100 films, including Ikiru, Throne of Blood, The Hidden Fortress, Dodes’ka-den, The Bad Sleep Well, and Sanjuro. The four men worked together on Throne of Blood and The Hidden Fortress (the latter of which, if my geek-memory works well, served as paragon for A New Hope). Kurosawa and Kikushima’s Yojimbo was reimagined into the 2001-2002 Kaze no Yojimbo television anime series. Kurosawa, Hashimoto, and Oguni’s Seven Samurai film was reimagined into the 2004 Samurai 7 television anime series. The four men will be honored at the 2013 Writers Guild Awards West Coast ceremony on February 17th in Los Angeles. Hashimoto, who at 94 years old is the only one of the four men still alive (it could have crossed the minds of Guild’s heads to honor the people while they were still alive), will not be attending the ceremonies. The award, which is given on an occasional basis, was previously given to Suso D’amico in 2009 and Tonino Guerra in 2011.

SIN CITY: A DAME TO KILL FOR Adds Eva Green and Julia Garner to the Cast
FROM UP ON POPPY HILL and 6 Other Ghibli Films to Screen in Massachusetts
Advertisement