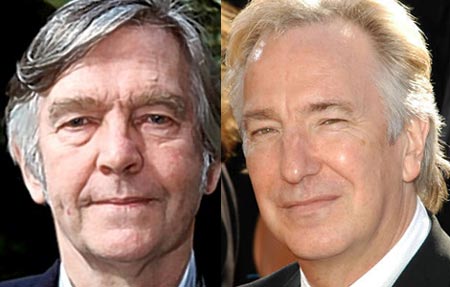 Gambit remake is coming and as usual, we’re here for a little update!

Today we learned that Alan Rickman and Tom Courtenay have joined the cast of the project which is based on the 1966 British caper comedy that starred Michael Caine and Shirley MacLaine.

Michael Hoffman is in charge to direct the whole thing and as we previously reported, the Coen Brothers are on board as scribes.

Academy Award Winner Colin Firth (The King’s Speech) and Cameron Diaz are already on board to star in this story that will center on Harry Deane (Firth), a London art curator who enlists a Texas Rodeo Queen (Diaz) in a scheme to con the richest man in England.

Now, according to the latest announcement, Rickman will portray Lord Shahbandar and Sir Tom Courtenay will step into the role of The Major.

Crime Scene Pictures partners Adam Ripp and Rob Paris said: “We are thrilled to have added two world class actors to our already formidable cast. Alan and Sir Tom are the perfect additions to this classic comedic heist.”

Gambit will begin shooting this May in London.