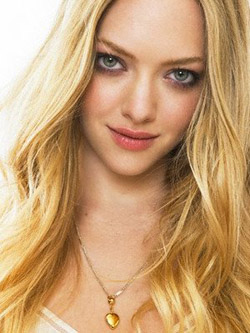 Lovely Amanda Seyfried is set to play an eternal youthful beauty in new sci-fi thriller with an interesting title I’m.mortal. Andrew Niccol is in charge for directing the movie, which is actually his first sci-fi film since S1m0ne, and a project that’s already being described as “an action love story”. If you’re interested in these kind of stories, then check out the official synopsis part: “In the future, time has become the currency. Once you turn 25 and your aging gene turns off, you must buy and bank time. If you are rich enough, you can live forever. But if you run out of time, you are engineered to die automatically. When a rebel from the ghetto is falsely accused of murdering a wealthy man for his time, he is forced to go on the run with a beautiful, rich hostage. Together, this duo rages against the system, living minute to minute. They discover that love is more powerful than all the time in the world.” So, what do we actually know about this project at this moment? Seyfried will play above mentioned “rich hostage”, the male lead hasn’t yet been cast, and all the cast will be (logically) played by actors in their mid 20s. Director Niccol said: “It’s a strange casting process. Even for a small role like a priest or a pawnbroker, where you would normally cast a 75-year-old character actor, I have to find a 75-year -old character actor in a 25- year-old body.” I’m.mortal should start shooting soon and is currently slated for 2011 release. Well, we must admit that this story definitely sounds interesting, especially with very talented actress like Seyfried on board. Make sure you stay tuned, because we’ll definitely going to keep you updated!
Continue Reading
Advertisement
You may also like...
Related Topics:Amanda Seyfried, Andrew Niccol, I'm.mortal