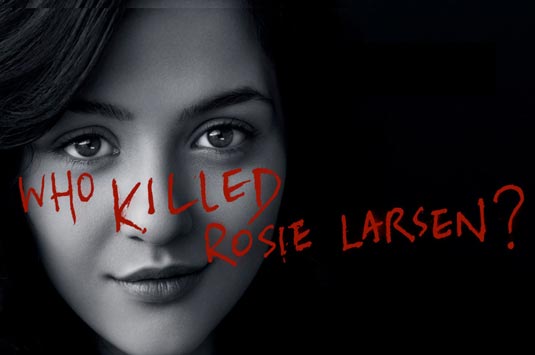 AMC has officially cancelled The Killing, but there still might be a light at the end of the tunnel. I love this series, and I was looking forward to its third season, so it sucks that we might not get to see the story continue (now where did that happened before… oh right, FIREFLY. And Legend of the Seeker. And Camelot. And other really good shows, I just can’t remember more of them right now). I’m disappointed in AMC who said this in their statement, “After much deliberation, we’ve come to the difficult decision not to renew The Killing for a third season. AMC is incredibly proud of the show and is fortunate to have worked with such a talented team on this project, from showrunner Veena Sud and our terrific partners at Fox Television Studios to the talented, dedicated crew and exceptional cast.” So proud of it that they decided to cancel it? On the other hand, Fox released this statement offering a bit of hope, “Fox Television Studios is extremely proud of The Killing, the extraordinary writing staff and crew, and what we believe is one of the best casts on television. We will proceed to try to find another home for the show.” Just because AMC isn’t willing to back the show up doesn’t mean we won’t get a third season. Hopefully Fox will be able to find another network to work with. The final moments of the season 2 finale saw Seattle homicide detective Sarah Linden (Mireille Enos) walking away from the job while partner Stephen Holder (Joel Kinnaman) went off to the next case.
Continue Reading
Advertisement
You may also like...
Related Topics:Firefly, Joel Kinnaman, Mireille Enos, The Killing