Connect with us
After few months of speculation, it has been confirmed that Amy Winehouse is indeed recording a new single intended for the next James Bond film, but it is not known if the track will be selected as the movie’s theme. 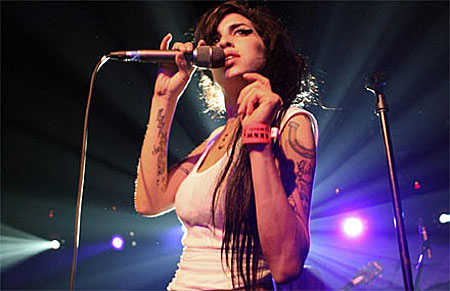 Producer Mark Ronson, who worked with Amy on her Grammy-winning Back to Black album, told BBC 6Music that the two have reunited in the studio to work on a new single for the upcoming movie — but added that there is no guarantee the song will be added to the soundtrack. “She has been doing some work in the studio, but (the Bond theme) is speculation, basically,” a spokesperson for Amy’s record label told Billboard. “It would be lovely,” they added, “but there’s nothing to confirm at this stage.”
Continue Reading
Advertisement
You may also like...
Related Topics: