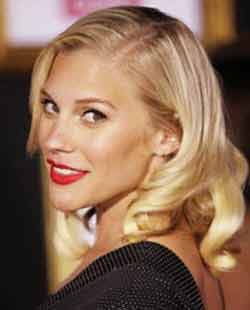 Well, this is an exclusive news. As usual with Riddick, I guess.

This time we’re here to inform you about offers for non-major roles or maybe better supporting roles? Oh, what the hell, this cast are definitely worth our attention!

As you already know, David Twohy is directing the whole thing, while Vin Diesel and Karl Urban are set to reprise their roles.

Unfortunately, at this moment Riddick 3 is still without a release date, and the production has been shut down due to money problems.

On the other hand, this new casting details sound promising. Thanks to Bloody-Disgusting we also learned that if negotiations work out, Apergis would play “Krone”, commander of the dark theocracy, while Sackhoff would pay “Dahl”, a Nordic merc tracking Riddick.

And, at the end, the synopsis part once again:

“Betrayed by his own kind and left for dead on a desolate planet, Riddick (Diesel) fights for survival against alien predators and becomes more powerful and dangerous than ever before. Soon bounty hunters from throughout the galaxy descend on Riddick only to find themselves pawns in his greater scheme for revenge. With his enemies right where he wants them, Riddick unleashes a vicious attack of vengeance before returning to his home planet of Furya to save it from destruction.”