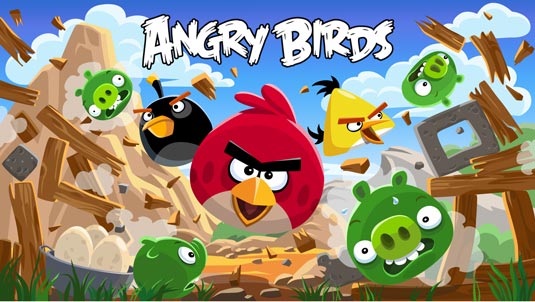 There’s no way you haven’t heard about/played the cutest little game of Angry Birds, right? Maybe even have a plushie? If you loved the game, then this piece of news will make at least an addition to things that made your day today. Namely, Sony Pictures Entertainment has won the exclusive worldwide distribution rights to the Angry Birds animated film, making it one of the most high-profile deals of the year. The Angry Birds 3D film is being developed, produced, and financed by Finnish Rovio Entertainment (also the game developer) and will be released worldwide by Sony Pictures on July 1st, 2016. Angry Birds is one of the world’s biggest entertainment franchises, starting in 2009 with the surprising and original mobile game that remains the number one paid app of all time. Angry Birds has expanded rapidly into entertainment, publishing, and licensing to become a beloved international brand. Angry Birds has been praised for its great value and simple, casual gameplay. Players use a slingshot to launch various birds at green pigs in an attempt to get their eggs back, with the game setting the model for what is possible in terms of game development and commercial success. To date, the Angry Birds and ‘Bad Piggies’ games have been downloaded more than 1.7 billion times across platforms and versions. Michael Lynton, Chairman & CEO of Sony Pictures Entertainment, Amy Pascal, Co-chairman of Sony Pictures Entertainment, and Mikael Hed, CEO of Rovio Entertainment jointly announced their partnership today. John Cohen and David Maisel – producer of Despicable Me and executive producer of Iron Man, respectively – are both on board for the new Angry Birds feature film. Cohen will be producing and Maisel exec producing. Commenting on the announcement, Mikael Hed said,

“Sony impressed us with their great attitude, determination, and professionalism. They convinced us that we have found the right partners and team to help us market and distribute our first motion picture. Michael, Amy, Jeff Blake, Sony’s marketing and distribution head, and their teams will be the best possible collaborators as we get set to take our franchise to the next level.”

“Every studio in town would love to add Angry Birds to their slate. There are few titles out there that bring this kind of excitement, brand awareness and built-in audience to the table. We’re thrilled to be distributing this film and we hope this is just the beginning of what will be a long relationship with Rovio as we look for ways to work on future projects together.”

“We are very excited to join with Sony Pictures in presenting this movie to the world in 2016 and we will have many more announcements as we begin production in the coming months.”