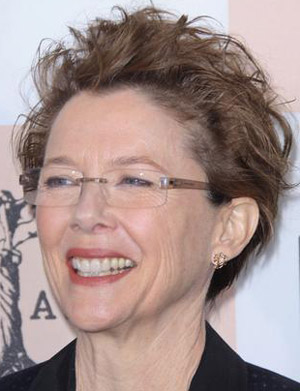 Imogene is definitely one of those projects you should bookmark somewhere. Just in case you’re wondering why, here we are to explain the whole thing. First of all, we’re talking about a comedy that will be directed by Shari Springer Berman and Robert Pulcini (American Splendor helmers). Second, this project already stars great Kristen Wiig. And third, according to the latest reports, Annette Bening has joined the cast as well! As Wiig previously explained the movie is: “…basically about a girl who kind of pretends to kill herself. Starting off really funny, isn’t it? She does it to get her recently ex-boyfriend’s attention. She ends up having to go live with her mom, whom she hasn’t seen in years. It’s kind of about going back home, so she finds her life again and gets reintroduced to her family, kind of a coming home story.” I guess it’s pretty clear that Wiig will play a New York playwright who fakes a suicide attempt to win back her ex-boyfriend, while Bening comes on board to play her gambling-addicted mother. Michelle Morgan wrote the script, and Imogene will be produced by Maven Pictures’ Celine Rattray and Trudie Styler and Anonymous Content’s Alix Madigan, with Steve Golin, Wiig and Morgan the exec producers. Shooting starts in late summer, and as usual, we’ll keep an eye on it.
Continue Reading
Advertisement
You may also like...
Related Topics:Annette Bening, Girl Most Likely, Imogene, Kristen Wiig