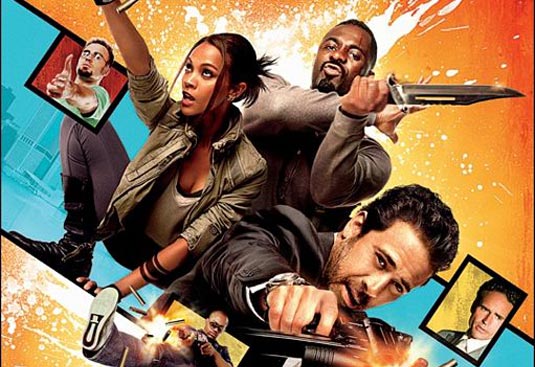 Warner Bros. Pictures has debuted the new poster for director Sylvain White‘s The Losers. The movie is based on the DC/Vertigo graphic novel of the same name by Andy Diggle and illustrated by Jock. An explosive tale of double cross and revenge, The Losers centers upon the members of an elite U.S. Special Forces unit sent into the Bolivian jungle on a search and destroy mission. The team–Clay (Jeffrey Dean Morgan), Jensen (Chris Evans), Roque (Idris Elba), Pooch (Columbus Short) and Cougar (Oscar Jaenada)–find themselves the target of a lethal betrayal instigated from inside by a powerful enemy known only as Max (Jason Patric). Presumed dead, the group makes plans to even the score when they’re joined by the mysterious Aisha (Zoe Saldana), a beautiful operative with her own agenda. Working together, they must remain deep undercover while tracking the heavily-guarded Max, a ruthless man bent on embroiling the world in a new high-tech global war. In case you haven’t already watched it, check out The Losers trailer. The Losers hitting theaters April 23, 2010. 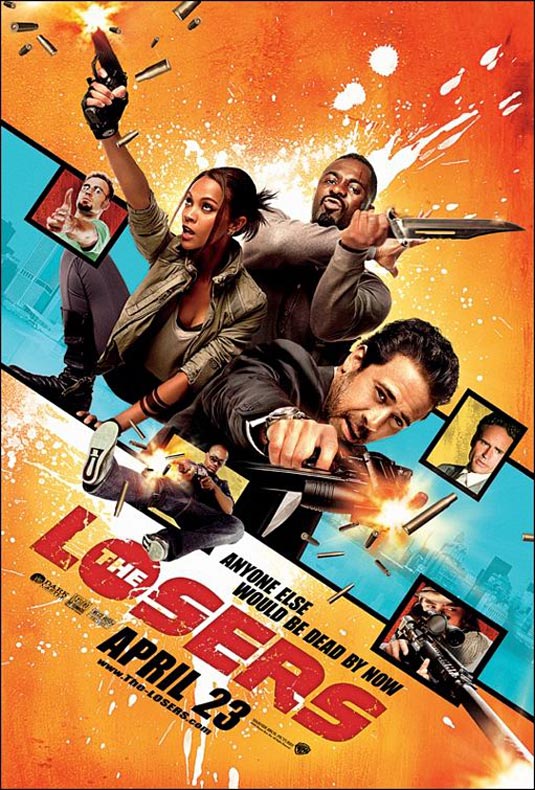 The Switch Poster
The Good, The Bad, The Weird Trailer and Posters
Advertisement