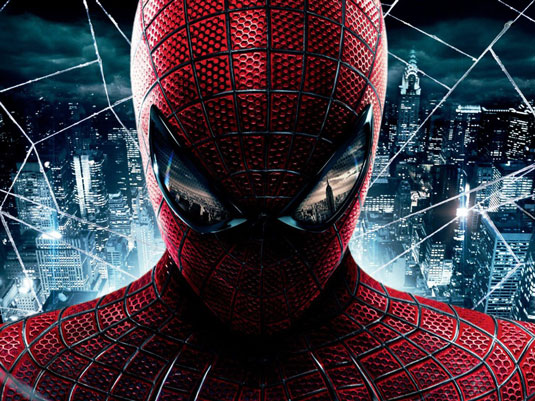 After the pics we posted yesterday, five more set photos have surfaced for Marc Webb‘s The Amazing Spider-Man 2, thanks to Perez Hilton. We’ve also got another good look at Spider-Man sporting his great looking new costume. A lot of people thought the new suit design was a fake, but as you can see, it’s very real. Check them out below:

In The Amazing Spider-Man 2, for Peter Parker, life is busy – between taking out the bad guys as Spider-Man and spending time with the person he loves, Gwen, high school graduation can’t come quickly enough. Peter hasn’t forgotten about the promise he made to Gwen’s father to protect her by staying away – but that’s a promise he just can’t keep. Things will change for Peter when a new villain, Electro, emerges, an old friend, Harry Osborn, returns, and Peter uncovers new clues about his past.