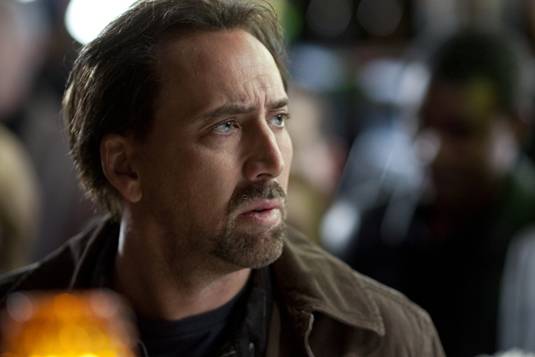 Justice, formerly known as The Hungry Rabbit Jumps and also Seeking Justice, which turned out to be a gripping vigilante-styled thriller had little promotion, but on the other hand it did have an A-list cast featuring Nicolas Cage, January Jones and just might be the most underrated actor Guy Pearce. The first US trailer for the Justice has been unveiled showing off some of the intense action in the film. It tells the story of the all-round amiable teacher named Will Gerard (Cage), who, after his wife is brutally attacked, becomes unwittingly involved with a sinister underground organization that is into dealing out vigilante justice, which come with a hefty bill. Jones plays his wife and Pearce is one of the leaders of the association, cool, smartly dressed, skinhead Simon. Directed by vet Aussie filmmaker Roger Donaldson (The Bank Job) from the screenplay written by Robert Tannen (Even Money), Seeking Justice was already released in Europe, but will be released in the US on March 16th. Oh yes, I almost forgot, poster for the thriller has also debuted, so you can check them out below. [youtube]http://www.youtube.com/watch?v=Pu0UcoCsV8A[/youtube] 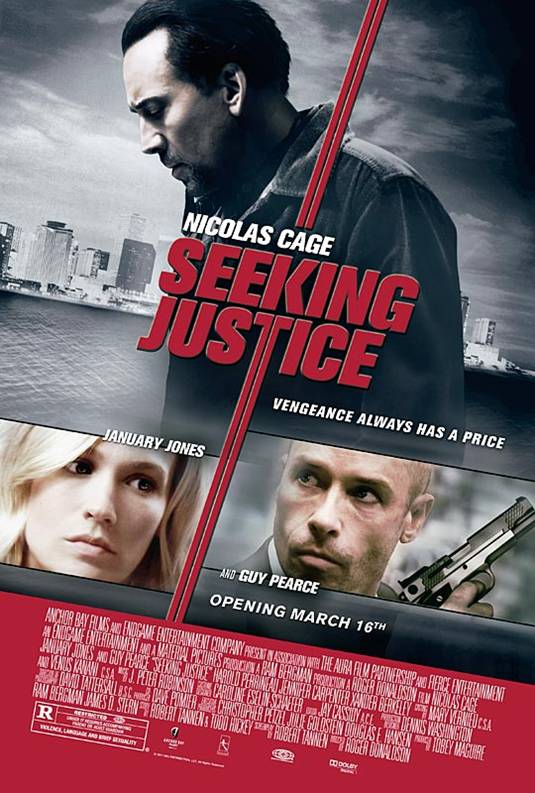