Anton Yelchin will star in an upcoming Stephen Sommers adaptation of Dean Koontz’ novel titled Odd Thomas. Yelchin will be taking on the title role of a 20-year-old fry-cook who can see ghosts and at this moment still no word on when filming might begin, or any other cast additions. But we do know that Sommers is in pre-production on the project, and we’re here to share some details about Koontz’ novel, so check the rest of this report. “Odd Thomas, who narrates, is odd indeed: only 20, he works contentedly as a fry cook in a small fictional California town, despite a talent for writing. The reason for his lack of ambition? A much rarer talent: Odd sees and converses with ghosts, the lingering dead who have yet to pass on, a secret he has kept from nearly everyone but his girlfriend, an eccentric author friend and the local police chief, whom he occasionally helps solve terrible crimes. Odd also has the ability to see bodachs, malevolent spirits that feast on pain and whose presence signifies a likelihood of imminent violence. The proximity of bodachs to a weird-looking stranger in town, whom Odd dubs “Fungus Man,” alerts Odd that trouble is brewing; breaking into Fungus Man’s house, Odd discovers not only hundreds of bodachs but a shrine to serial killers that helps him deduce that somehow Fungus Man will wreak widespread havoc very soon-so Odd is caught in a classic race against time to deter catastrophe.” Sounds good? Following the success of the novel, Koontz wrote two sequels, Forever Odd (2005) and Brother Odd (2006). The third sequel, Odd Hours (2008) and two graphic-novel prequels, In Odd We Trust and Odd Is On Our Side have also been released. Odd trilogy on the way? 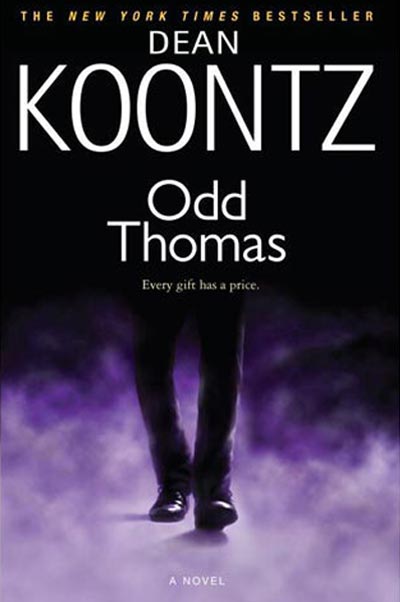