24 years later, a Twins sequel is on the way and furthermore, the new film will be called Triplets and will make Eddie Murphy a part of this strange family! If you are confused, okay let’s try this again: Universal are going forward with a sequel to 1989′s Twins, bringing back Arnold Schwarzenegger & Danny DeVito, and throwing Eddie Murphy in as the third brother — which, therefore, makes this film Triplets. The hunt is on for writers to develop the concept, which sounds crazy enough to work as a solid comedy sequel. There’s no director attached yet, but the original helmer, Ivan Reitman, will still produce with his Montecito Picture Co. After all, the twins were born in a secret lab somewhere in the Western hemisphere, so it’s not that absurd for them to have an African-American brother. It was back in May of 2011 when we first heard rumblings of a sequel; I just hope we don’t have to wait so long for the next one. However, stay tuned. 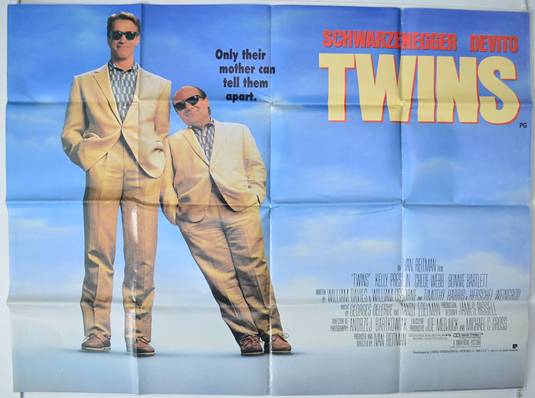