Connect with us
Darren Aronofsky spoke with MTV recently about his upcoming ballerina thriller Black Swan, opens the 2010 Venice Film festivities tomorrow, and how it had early roots with his last feature, The Wrestler. 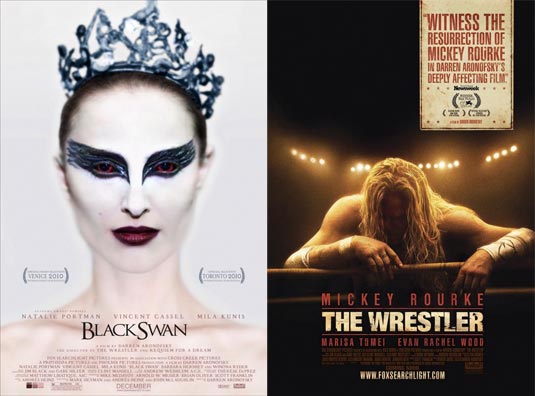 They (ballet and wrestling) are really connected and people will see the connections. It’s funny, because wrestling some consider the lowest art — if they would even call it art — and ballet some people consider the highest art. But what was amazing to me was how similar the performers in both of these worlds are. They both make incredible use of their bodies to express themselves…I’ve always considered the two films companion pieces. At one point, way before I made ‘The Wrestler,’ I was actually developing a project that was about a love affair between a ballet dancer and a wrestler, and then it kind of split off into two movies,” he said. “So I guess my dream is that some art theater will play the films as a double feature some day.

In case you haven’t already watched it, check out Black Swan trailer. Are you looking forward to Black Swan? Check out the rest at MTV.
Continue Reading
Advertisement
You may also like...
Related Topics:Black Swan, darren aronofsky, The Wrestler