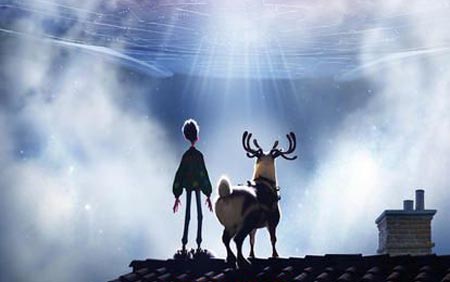 Below we have a new poster for the upcoming holiday feature, Arthur Christmas. Arthur loves everything to do with Christmas; indeed, he is the only one in his family still captivated by the magic of the holiday. Laurie will play Arthur’s older brother Steve, heir to the reins, a cool, incredibly capable guy who has given the North Pole high-tech efficiency, military-style precision. Broadbent plays Santa, who pictures himself as the guy in charge at the North Pole, but is now more of a figurehead as the operation has outgrown him. Nighy plays Santa’s 136-year-old father, Grandsanta, a cranky old codger who hates the modern world, is always grumbling that Christmas ‘was better when I was Santa’ and has a tense relationship with Steve, who he calls ‘A postman with a spaceship.’ Jensen will play Bryony, a lowly elf from the Giftwrap Battalion, with an eager-to-please attitude and an obsession with wrapping and bows. Imelda Staunton rounds out the cast as Mrs. Santa, dedicated wife and mother to her husband and sons. The movie is co-directed by effects animator Barry Cook, (Mulan) and Sarah Smith, who also wrote the script and is making her feature directing debut. Arthur Christmas, voiced by the British cast of James McAvoy, Hugh Laurie, Jim Broadbent, Bill Nighy, Imelda Staunton and Ashley Jenson, due in theaters Christmas 2011. 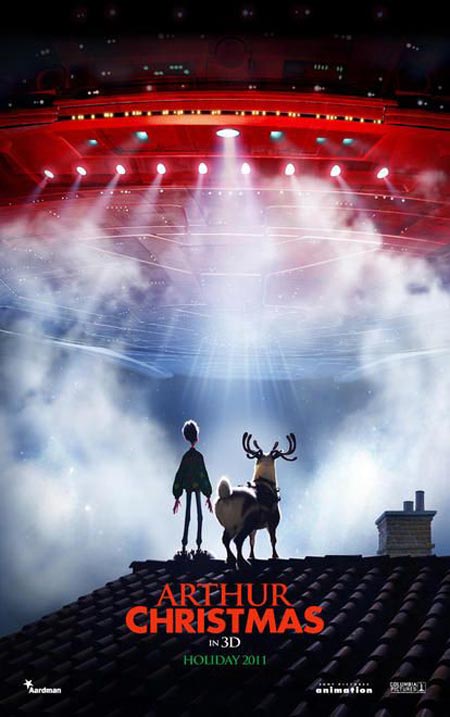