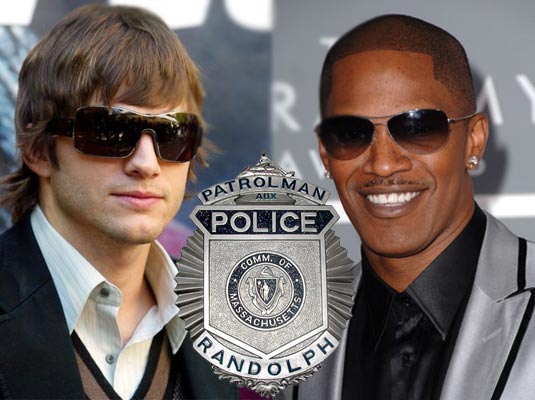 According to Pajiba, Ashton Kutcher and Jamie Foxx are teaming up for buddy cop action-comedy-drama flick Streets on Fire. The story, set in Chicago, follows the two cops — one a by-the-book boy scout who needs some anger management lessons (Foxx), the other an arrogant loose cannon (Kutcher) — as they take on the city’s drug underworld. Their unwanted pairing turns into a more amicable relationship after they realize that the group they’re pursuing are supported by crooked police. Kutcher is producing the new movie through his own company Katalyst Films, which has acquired the script written by Justin Britt-Gibson, a 27-year-old freelance journalist. The script made the 2009 Black List. No director’s attached yet. Ashton Kutcher (The Butterfly Effect, Spread) can next be seen in Killers and Jamie Foxx (Collateral, Ray, Law Abiding Citizen) can next be seen in Due Date. What do you think? Do Kutcher and Foxx make a good pairing?
Continue Reading
Advertisement
You may also like...
Related Topics:Ashton Kutcher, Jamie Foxx