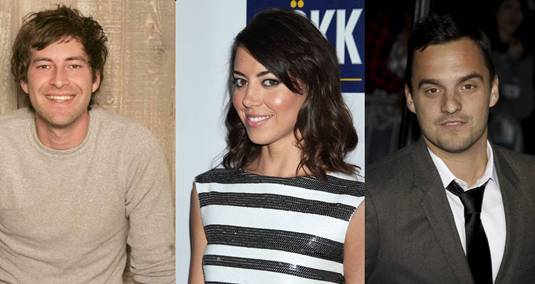 Aubrey Plaza is without fail turning in outstanding work on Parks and Recreation and has now joined up with Safety Not Guaranteed, the new indie film centered on an Internet meme.

Albeit the idea is shocking and the original joke has made even big green smiley, it can easily pass into something over-sentimental. Straight out of line, this general story screams of themes and subjects we’ve already been disturbed with and seeing as the producing company Big Beach Films has been responsible for the cool and cute Little Miss Sunshine and Away We Go, we have a feeling it could very well go the exact same route.

From unusual inspiration Derek and Colin have created a funny and touching story. We’ve been trying to team up with the Duplass Brothers for some time and are very grateful they finally returned our calls.”

The comedy is set to start shooting next month.

Away We Go – Official Trailer [HD]