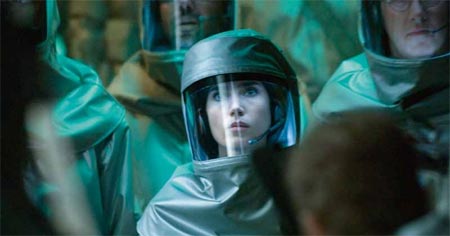 Gort is a fictional humanoid robot in the 1951 film The Day the Earth Stood Still and its 2008 remake. The giant metal robot accompanies Klaatu, a visitor to Earth from a distant planet, aboard a flying saucer. He does not speak, but uses a beam weapon projected from beneath a visor to vaporize weapons and obstacles. Klaatu described him as being part of an interstellar police force. He claims that the people of the universe constructed numerous robots like Gort and gave them irrevocable powers to respond to violent actions in order to “preserve the peace.” He further claims that “There’s no limit to what [Gort] could do. He could destroy the Earth