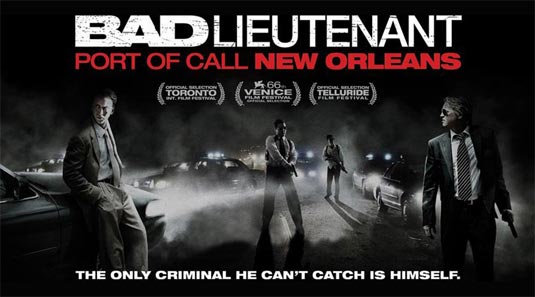 Check out the movie poster  for upcoming Werner Herzog‘s film “Bad Lieutenant: Port of Call New Orleans.” The film is a remake of sorts of Abel Ferrara’s infamous 1992 film, which originally starred Harvey Keitel. Nicolas Cage plays a rogue detective who is as devoted to his job as he is at scoring drugs — while playing fast and loose with the law. He wields his badge as often as he wields his gun in order to get his way. In the aftermath of Hurricane Katrina he becomes a high-functioning addict who is a deeply intuitive, fearless detective reigning over the beautiful ruins of New Orleans with authority and abandon. Complicating his tumultuous life is the prostitute he loves (Eva Mendes). Together they descend into their own world marked by desire, compulsion, and conscience. The result is a singular masterpiece of filmmaking: equally sad and manically humorous. The film stars Nicolas Cage as Terrence McDonagh, the bad lieutenant, Eva Mendes as Frankie Donnenfeld, a prostitute and Terrence’s love interest, Val Kilmer as the cop’s partner, Xzibit as the nemesis Big Fade, Fairuza Balk, Jennifer Coolidge, Vondie Curtis Hall, Shawn Hatosy, Denzel Whitaker, Brad Dourif, Shea Whigham and Katie Chonacas. “Bad Lieutenant: Port of Call New Orleans” will be released on November 20th 2009. [source: ComingSoon] 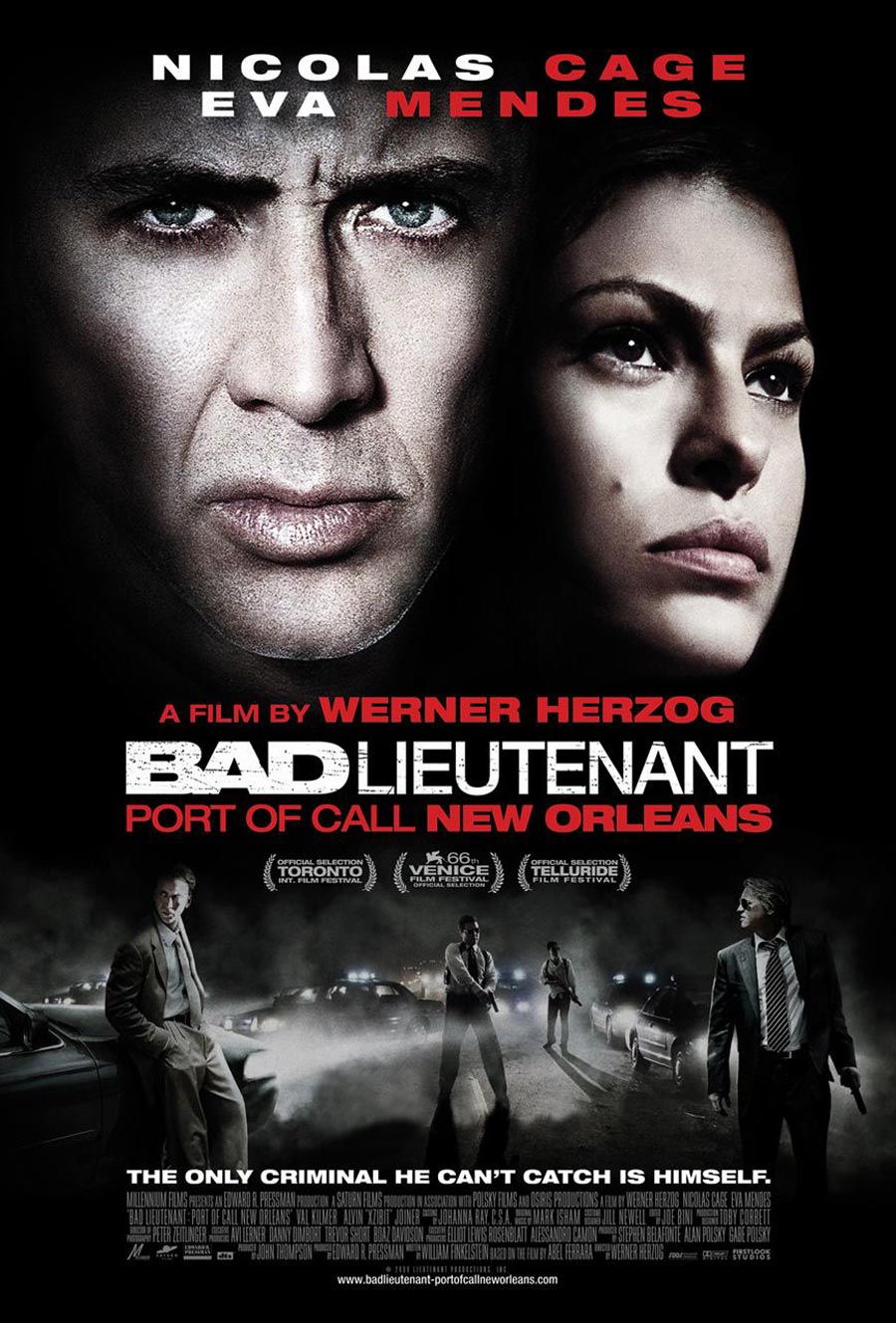