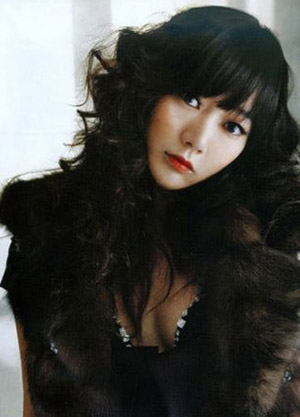 Let’s continue our previous chat about the upcoming adaptation of the David Mitchell novel Cloud Atlas, ok? Of course, we’re here for the casting update, because we’ve just learned that South Korean actress Bae Doona, lady best known from Sympathy For Mr. Vengeance, will join the previously announced Tom Hanks, Hugo Weaving, Ben Whishaw, Halle Berry, Susan Sarandon and Jim Broadbent. Sounds interesting, right? If it does, then check out the rest of this report for more details… Cloud Atlas is “the story presents six narratives that evoke an array of genres, from Melvillean high-seas drama to California noir and dystopian fantasy. There is a naive clerk on a nineteenth-century Polynesian voyage: and aspiring composer who insinuates himself to the home of a syphilitic genius: a journalist investigating a nuclear plant: a publisher with a dangerous best-seller on his hands: and a cloned human being created for slave labour. These five stories are bisected and arranged around a sixth, the oral history of a post-apocalyptic island, which forms the heart of the story.” Unlike the above mentioned principal cast who are expected to play multiple roles, the latest reports speculate that Doona will take the part of Sonmi~451, character described as “a genetically-engineered fabricant (clone) server at Papa Song’s diner, is interviewed before her execution after she rebels against the capitalist totalitarian society that created and exploited her kind.” At the end let me remind you that Tom Tykwer, the German director best known for his Run Lola Run is set to direct the whole thing along with the Wachowski brothers. And, one more thing! Believe it, or not, this movie now has expanded to be $150m film, which will make this project the biggest production ever mounted in Germany. Any thoughts?
Continue Reading
Advertisement
You may also like...
Related Topics:Bae Doona, Ben Whishaw, Cloud Atlas, Halle Berry, Hugo Weaving, Jim Broadbent, Susan Sarandon, Tom Hanks, Tom Tykwer, Wachowski brothers