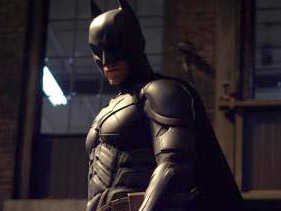 ‘National Treasure: Book of Secrets,’ ‘Mad Money,’ ‘At World’s End’ DVD also getting hyped through unconventional means. Does a movie feel more realistic after you’ve solved its mysteries on your Mac? Are you more inclined to care about a character once they’ve mailed you their underwear? Would you like to buy a subscription to a fictional newspaper, promote a beverage that doesn’t exist or mourn a woman who never lived? In the near-decade since “The Blair Witch Project” changed the rules of movie promotion, lines between the silver screen and the simple life have become increasingly blurred. Phony Web sites, interactive games, movie props and mysteries now appear wherever a potential moviegoer might be. Whether viral marketing is trying to approach ticket buyers directly, or simply get reporters like me to talk about the films (argh, mission accomplished!), 2007 gave us some of the most memorable campaigns yet. “The Dark Knight” Just in case one of the most eagerly awaited 2008 films not starring Indiana Jones needed any more help making us all want to see it, this Batman sequel spent the past few months launching a viral-marketing campaign so brilliant that you’d think the Joker himself had devised it. In a way, he did: Thinly veiled sites like WeAreTheAnswer.org, RememberingGina.org, GothamNationalBank.com, TheGothamTimes.com and especially TheHaHaHaTimes.com all revolve around the wide-smiling supervillain’s upcoming attempts to take down Gotham City, and reveal precious plot points for those who have the time to catch up on their reading. To further add to the fun, you can really call the number listed at the top of The Gotham Times and listen to the fictional newspaper’s very real answering machine. Mix in a freshly leaked photo of Heath Ledger as Joker, and we’re counting down the days until this July 18 release. Cool Factor: 10 “National Treasure: Book of Secrets” Three years ago, $173 million worth of moviegoers lived vicariously through the adventures of treasure hunter/ super-sleuth Ben Gates. Now, those who can’t wait for the December 21 sequel can play Nicolas Cage themselves — minus the flying bullets, explosions and underground imprisoning. Head over to NationalTreasure.com to join the “World’s Biggest Treasure Hunt,” where you gain contest entries by completing action and puzzle games so basic that their difficulty will drive you nuts. Although winners won’t take home the Declaration of Independence, a successful entry could land you the treasure of a Mercedes-Benz. If that’s not intense enough for your tastes, the studio has begun leaking video clips alongside quizzes, with correctly identified clues unlocking “secret” videos that are basically bonus features waiting for a DVD. Still not enough? Are you a geek who actually likes to venture outside of mom’s basement? Sign up for the live “Clue Hunt,” and meet like-minded folks at such locations as the Library of Congress. Cool Factor: 6 “Walk Hard: The Dewey Cox Story” Recently, I received a pair of tighty-whities in the mail from a major Hollywood studio. Wow, there’s a sentence I never thought I’d write. As we inch closer to the release of the faux biopic, Columbia Pictures has been inundating critics with such tongue-in-cheek items as the “Cox Box” (containing a concert T-shirt, guitar-pick key chain, and a replica of the cocktail napkin on which John C. Reilly’s character first scribbles his signature song); fake albums; and the aforementioned undergarment — signed “I Love You, Dewey Cox” on the area that covers the butt. Taking the fictional tale to new levels of surreality, Dewey … er, John … will be performing in concert at the Roxy Theatre in West Hollywood, California, next week. Cool Factor: 8 “Mad Money” My mama didn’t raise no rat. But still, when I recently received a mysterious package filled with shredded dollar bills, I couldn’t help but speculate on whether a certain upcoming caper comedy starring Queen Latifah, Diane Keaton and Katie Holmes had broken some sort of Treasury law. When will movies learn to not mess with our monetary system? Isn’t this the same crime that had Uncle Sam hunting down the Silver Surfer a few months ago? The package came with a lock, a key and a tag bearing the question “Will They Get Away With It?” Since the release date is January 18, I’ll have enough time to ponder that question while I tape enough shreds back together to afford a ticket. Cool Factor: 5 “Pirates of the Caribbean: At World’s End” DVD At the risk of sounding like Jerry Seinfeld: What’s the deal with these “Pirates” bandanas that I’ve been receiving in the mail, like, every day? Obviously, Disney wants film critics to know that “World’s” is coming to DVD on December 4; after nearly a dozen special deliveries, I’ve got the date tattooed on my brain. But what now? Each black rag contains a different stick-figure-like symbol on it: a skeleton drinking from a glass, a pirate with an hourglass, or even a skeleton and pirate just chilling together. Are they clues to some kind of game, re-creations of ancient pirate flags, or am I just supposed to use them to blow my nose? I haven’t been this confused since the Prison Dog escaped from Pelegostos Island. Cool Factor: 3 “Cloverfield” The holy grail of viral marketing has been dropping tiny clues for months now about what this movie is, who’s in it and what sort of monster we’ll be watching come 1.18.08. Random sites like 1-18-08.com and Tagruato.jp are either leaking info or faking us out, and even mastermind J.J. Abrams’ fictional Slusho drink has a site. The fervor reached a near-deafening pitch a few months ago at Comic-Con, when mastermind Abrams gave away mysterious T-shirts and dismissed such possible titles as “Cloverfield.” It wasn’t until just recently that the flick made its first misstep: Releasing a new trailer that confirmed the moniker as that now-tired, one-word title that sounds like a period film starring Keira Knightley. Cool Factor: 8
Continue Reading
Advertisement
You may also like...
Related Topics:Batman

Amy Adams’ ‘Enchanted’ Role Might Be Her Ticket To Happily Ever After
Does Sir Paul Have a New ‘Pulp’ Love?
Advertisement