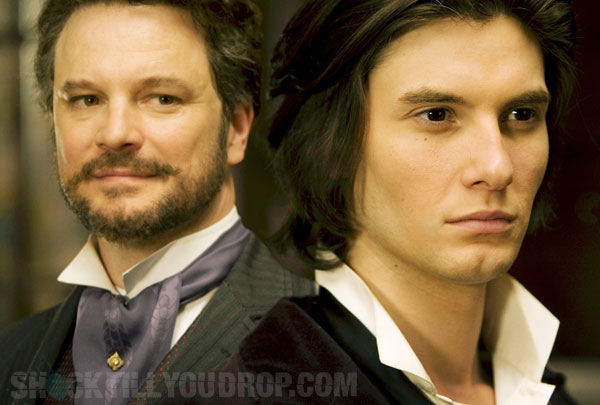 Shock Till You Drop.com received a first photo of Ben Barnes as Dorian Gray. Prince Caspian (Ben Barnes) will play the title character in a film adaptation of Oscar Wilde’s “The Picture of Dorian Gray.” The director Oliver Parker is “planning to make a visceral, dark horror story and says the themes of stardom are as relevant as ever.” “That was my immediate thought as well, that the book’s themes of vanity and the desire for everlasting youth and beauty seem to be incredibly relevant to today’s world (especially in American society, though Dorian Gray does not take place in America).” Dorian Gray is a young man of impossible physical beauty whose portrait – painted by the artist Basil Hallward – becomes connected on an occult level with the workings of his soul. Drawn into a corrupt and sensual life by the dissolute Lord Henry Wotton, Dorian remains young and beautiful, while the painting ages in his stead, ultimately becoming a monstrosity.
Continue Reading
Advertisement
You may also like...
Related Topics:ben barnes, Dorian Gray, oliver parker, oscar wilde