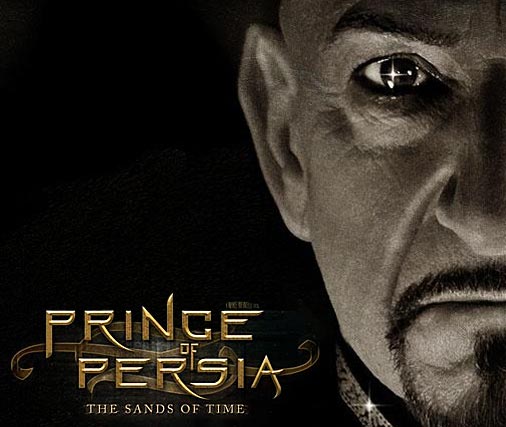 Yesterday we got out posters of Jake Gyllenhaal (Prince Dastan) and Gemma Arterton (Tamina) in the upcoming Disney production of “Prince of Persia: The Sands of Time.” Now have the first shot of Ben Kingsley as the villain, Nizam. Nizam wants to rule the world with the help of the Sands of Time, a gift from the gods that can reverse time and allow its possessor to rule the world. Prince of Persia is directed by Mike Newell (Harry Potter and the Goblet of Fire) and produced by Jerry Bruckheimer (G-Force, Pirates of the Caribbean: At World’s End, Bad Boys II…).Also starringToby Kebbell, Alfred Molina, Reece Ritchie, Richard Coyle and Steve Toussaint. Prince of Persia: The Sands of Time, hits cinemas May 28, 2010.