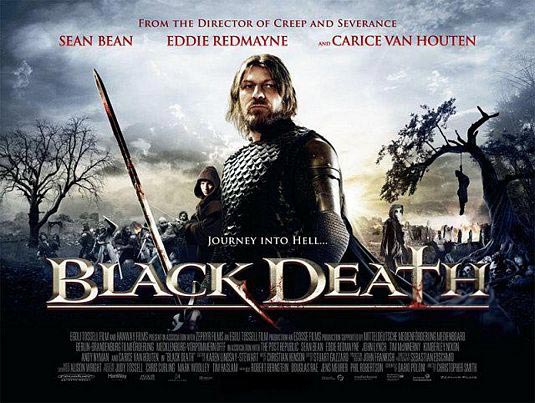 Check out a new trailer and posters for Christopher Smith‘s fantasy-horror film Black Death in which Sean Bean plays a knight tasked with discovering the truth about a nearby village. Stories say that it is untouched by the black plague, and that it is led by a necromancer who can raise the dead. Eddie Redmayne is along for the ride, as a young monk meant to lead the knight to the storied village. But things don’t go quite as planned. The film also stars Kimberley Nixon, Carice van Houten, David Warner, Andy Nyman, Tim McInnerny, John Lynch, Johnny Harris, Marianne Graffam, and Emun Elliot. Synopsis: The year is 1348. Europe has fallen under the shadow of the Black Death. As the plague decimates all in its path, fear and superstition are rife. In this apocalyptic environment, the church is losing its grip on the people. There are rumors of a village, hidden in marshland that the plague cannot reach. There is even talk of a necromancer who leads the village and is able to bring the dead back to life. Ulric (Sean Bean), a fearsome knight, is charged by the church to investigate these rumors. He enlists the guidance of a novice monk, Osmund (Eddie Redmayne) to lead him and his band of mercenary soldiers to the marshland, but Osmund has other motives for leaving his monastery. Their journey to the village and events that unfold take them into the heart of darkness and to horrors that will put Osmund’s faith in himself and his love for God to the ultimate test. Black Death opens in theaters March 11, 2011 but it will be made available starting February 4th via On Demand.