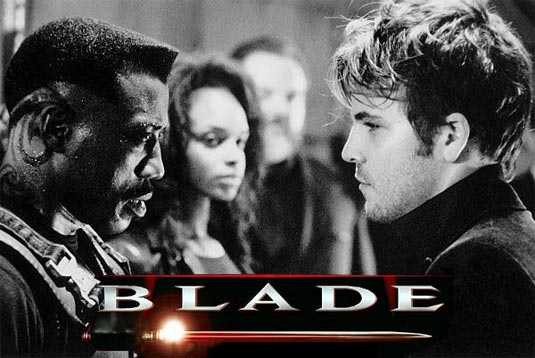 Stephen Norrington, the original Blade helmer, has confirmed that he is working on a Blade prequel with Stephen Dorff (Blade, World Trade Center.)

“It will be a prequel to the ‘Blade’ movies, Deacon’s story,” Dorff previously said. “It’s a new trilogy the director has created. It will cool. We hope to shoot the first film next year. Frost is a character I have never been able to shake.”

Now in an interview with Comics2Film at Mania.com exclusively, Norrington confirmed the news but said that the project is not exactly how Dorff described it, but close. He added that the Dorff came up with the idea and it “has evolved into a very interesting story.” Filming for the first film should get underway next year. The first Blade opened in 1998, starred Wesley Snipes, earned $131.2 million at the worldwide box office and was followed by two sequels. Norrington hasn’t directed a film since 2003’s “The League of Extraordinary Gentlemen.” After years away, he’s getting back behind the camera though for the reinvention of “The Crow” franchise currently in the works.
Continue Reading
Advertisement
You may also like...
Related Topics:blade, Stephen Dorff, Stephen Norrington