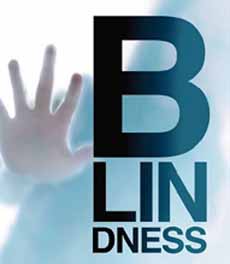 ”Blindness may well be the bleakest curtain raiser in the history of the festival, a nightmarish parable of the apocalypse, directed by the Brazilian filmmaker Fernando Meirelles and just as impressive in its way as his career-making City of God.” “Blindness is a drum-tight drama, with superb, hallucinatory images of urban collapse. It has a real coil of horror at its centre, yet lightened with finely judged touches of gentleness and even humour. It reminded me of George A Romero’s Night of the Living Dead, John Wyndham’s Day of the Triffids and Peter Shaffer’s absurdist stage-play Black Comedy, showing humanity groping in the darkness. This is bold and masterly filmmaking from Meirelles: popular entertainment with challenging ideas.” – The Guardian “Blindness feels like a curious mix of highbrow literary aspirations and lowbrow genre fiction,”  “It’d be easy to dismiss Blindness as Dawn of the Dead for NPR listeners or Outbreak for grad students…. But while Blindness can be faulted for many things, it also has to be respected for its ambition, craft, and effort; Blindness shows us a world of wide-eyed sightlessness, and it does so through a fierce vision that only occasionally loses focus.” – Cinematical Variety finds it “an intermittently harrowing but diluted take on José Saramago’s shattering novel. Despite a characteristically strong performance by Julianne Moore as a lone figure who retains her eyesight, bearing sad but heroic witness to the horrors around her, Fernando Meirelles’ slickly crafted drama rarely achieves the visceral force, tragic scope and human resonance of Saramago’s prose.” “It’s the script that’s lacking. As a parable for a society – both its working and its failings – Blindness works only in fits and starts and relies too much on events and too little on ideas. Ultimately, it’s a film that falls prey to its narrative speed and complexity; as a viewer, one is rarely able to focus on a moment, a scene or a thought and to investigate it for its meaning. There’s no room for meditation, which is a bit of a disaster for a film whose story hinges on the need for society to sit back, take a breath and ‘see’ what it’s doing to itself.” – Time Out “The laudably-ambitious Brazilian director hurls every visual trick in his considerable book at the challenges inherent in making a visual experience out of blindness. Meirelles seems to struggle to find a tone, and Blindness fatally lacks tension before it tips over into bizarre final-act sentimentality.” – Screen Daily “It startles but does not surprise. The script by Don McKellar bears witness to a mysterious plague of blindness, a ‘white’ disease in which people’s eyes suddenly see only white light. As a cosmopolitan city struggles to cope with the horrifying fallout, a panicked government orders the immediate quarantine of those infected. The herding of shunned people into prison-like camps clearly provokes images of any number of 20th-century atrocities.” – Hollywood Reporter “As always, it’s impossible to take one’s eyes off Moore who is so adept at playing roles in which her strength seems brittle, almost masochistic. Alice Braga, a prostitute who is one of the inmates that Moore and Mark Ruffalo befriend, is also a stand-out performer. They do well to save a film that, in trying so hard to be faithful to the novel, falls prey to tone-deafness.” –  Telegraph “Two or three people clapped at the end of the press screening. The reception at the press conference was on the muted side. The movie, I fear, is going to be generally ‘meh’-ed when it opens, and audiences are almost certainly going to steer clear.”  reports Jeffrey Wells “In truth, only a director of Meirelles’ particular combination of gifts could have brought that book’s combination of despair and hope successfully to the screen As demonstrated by his best-known features, City of God and The Constant Gardener, which between them earned eight Oscar nominations, Meirelles joins the flair of commercial filmmaking with a socially conscious sensibility.” And: “Saramago had wanted to come to the festival for the premiere, but his doctors hadn’t allowed him to travel. So the director is flying to Lisbon on Saturday to show him the film. ‘That’s the screening I’m really afraid of,’ he says. ‘Two thousand people at the Grand Palais is not a big thing compared to Saramago’s opinion.'” – Los Angeles Times ”Curiously, the film’s carefully calibrated racial and ethnic demographics echo those of the central castaways in Lost, though any given episode in that show’s best seasons is far better. Smarter too.” – New York Times
Continue Reading
Advertisement
You may also like...
Related Topics:blindness, fernando meirelles