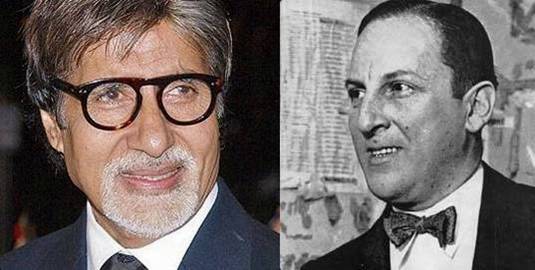 Arnold Rothstein was the inspiration for Meyer Wolfsheim in The Great Gatsby, the character that Bollywood megastar Amitabh Bachchan is to take on in Baz Luhrmann‘s $127 million 3D film adaptation. Bachchan aka ‘Big B’ is the latest actor to join the Gatsby cast that includes Leonardo DiCaprio, Carey Mulligan, Tobey Maguire, Joel Edgerton, Elizabeth Debicki, Isla Fisher, Jason Clarke, Callan McAuliffe, Gemma Ward and Jack Thompson. Meyer Wolfsheim was a Jewish man Gatsby describes as a gambler who had fixed the World Series, and the mentor to Leonardo DiCaprio‘s character Jay Gatsby. As you might remember, the character was previously portrayed by Broadway star Howard da Silva in Francis Ford Coppola’s 1974 version. Oscar nominee director (Moulin Rouge) has started filming in his native Australia this week and Luhrmann believes his cast and crew can make the best adaptation yet. He reportedly said:

Fitzgerald loved the movies and was a passionate believer in the power of cinema. The Great Gatsby’ has been adapted for the screen no less than four times. Fitzgerald’s story defies time and geography. The vision and the goal of our remarkable cast and creatives is to do justice to the deftness of Fitzgerald’s telling, and illuminate its big ideas and humanity. This is our challenge and our adventure.

Furthermore, Warner Bros. states that Lurhmann will be ‘bringing the period to life in a way that has never been seen before,” except, perhaps, during that actual period. The Great Gatsby is expected to shoot until December and is set to release sometime next year. The iconic star that has dominated Hindi cinema for nearly four decades BBC Online voted as the star of the millennium. There’s also a curiosity because Luhrmann, who made Moulin Rouge, used Hindi song ‘Chhamma chhamma’ in it. However, Bachchan is finally stepping out. Check him out in the trailer for Aarakshan, his latest Bollywood movie in which a decision by India’s Supreme Court tests a man’s friendships and loyalty. [youtube]http://www.youtube.com/watch?v=nEPvSKbIsEU[/youtube]