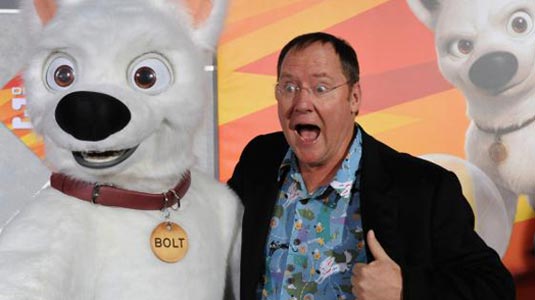 Disney star Miley Cyrus, John Travolta and Billy Ray Cyrus hit the red carpet at the premiere of their animated film “Bolt” from Walt Disney Animation Studios in Hollywood. For Bolt (voiced by John Travolta), every day is filled with adventure, danger and intrigue, at least until the cameras stop rolling. When the canine star of a hit TV show is accidentally shipped from his Hollywood soundstage to New York City, he begins his biggest adventure yet, a cross-country journey through the real world. Armed only with the delusions that all his amazing feats and powers are real, and with the help of two unlikely traveling companions, a jaded, abandoned housecat named Mittens (voiced by Susie Essman), and TV-obsessed hamster in a plastic ball named Rhino, Bolt discovers he doesn’t need superpowers to be a hero. Miley Cyrus brings her vocal talents to the role of Penny, Bolt’s human co-star on the television series. 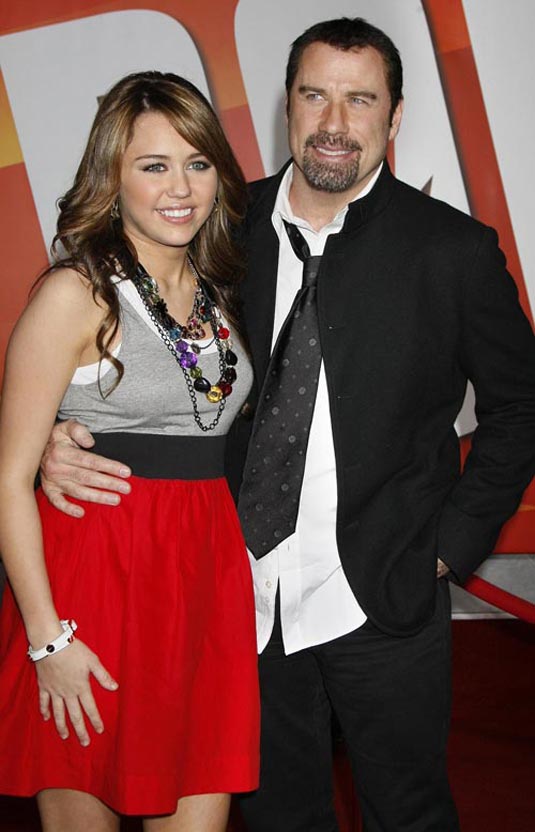 Chris Williams made his directorial debut with “Bolt,” but has previously written scripts for other Disney films like “Mulan” and “The Emperor’s New Groove.” His new movie “Bolt” which is in run for Oscar nomination is scheduled to hit theaters on November 26th 2008.