Brad Pitt, the star of Inglourious Basterds, is heading back to World War II for David Ayer-directed drama Fury that will start production in September. Reports have one of today’s most famous Hollywood celebrities in final negotiations to lead the picture, which takes place in 1945 as the Nazi regime collapses and the five-man crew of an American tank called Fury battles a desperate German army. Fury is a period drama script by the End Of Watch writer-director Ayer that QED International paid a cool million back in February. Ayer said his goal is to

bring a fresh execution to the genre. What these men went through is worthy of a complex, honest portrayal. This will have incredible, visceral action and complex rich characters. I plan to bring tank combat to life in a way that lands with a modern audience.

Producer Bill Block said when he bought the script:

Fury is not your father’s WWII movie, it digs deep into the complexities of battlefield heroism.

Deadline who broke the news point out it’s the second film in a row the director is doing with QED, the first being Ten, the adaptation of the Agatha Christie short story ‘Ten Little Indians,’ starring Arnold Schwarzenegger, Sam Worthington and Mireille Enos. Pitt, as you might know, will next be seen in Marc Forster’s World War Z on June 21st,2013 and then finishes out the year strong with Ridley Scott’s The Counselor and Steve McQueen’s Twelve Years a Slave. 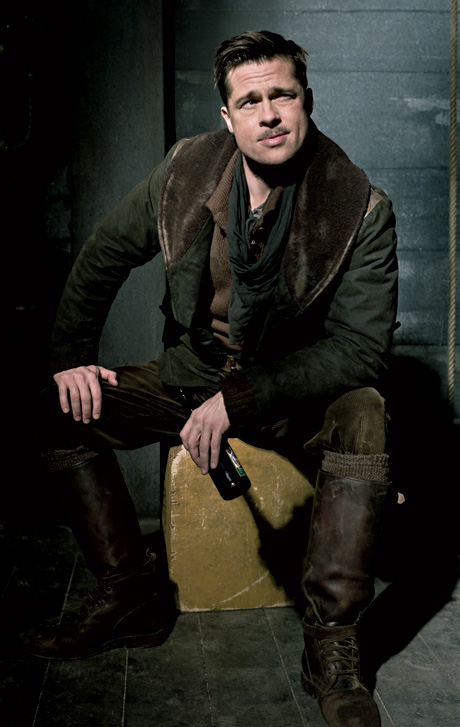