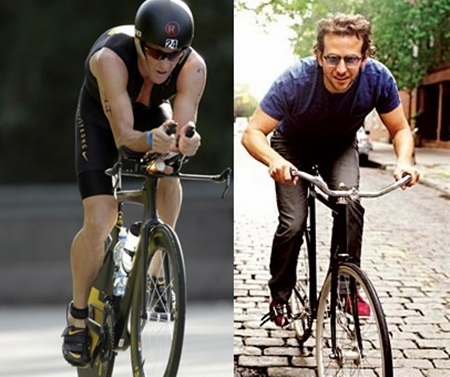 There are now three Lance Armstrong biopics in the works in case you’ve somehow missed this little bit of info. (Plus, Sony Classics recently announced it will be releasing Alex Gibney’s Lance Armstrong documentary, The Armstrong Lie). This one – with Bradley Cooper in talks to produce and star for director Jay Roach is currently titled Red Blood American – features a script by Scott Z. Burns (Side Effects, Contagion) and is set up at Warner Bros. and Atlas Entertainment. The Hangover star was previously rumored to play disgraced cycling legend in a wholly separate studio biopic being produced by J.J. Abrams‘ Bad Robot production company. Abrams’ film will be based on the book ‘Cycle of Lies: The Fall of Lance Armstrong’, while the third one is Stephen Frears’ Lance Armstrong biopic, which is looking to begin filming in a few months with Ben Foster in the lead role. Cooper is eyeing a chance to play one of two lead characters and he might end up playing Lance’s ex-teammate Tyler Hamilton, who revealed Armstrong’s doping in a ‘60 Minutes’ segment. Cooper will next be seen in Susanne Bier’s Serena and David O. Russell’s American Hustle, both of which reunite him with Jennifer Lawrence. Maybe some of these biopics will end up as feature length made for TV movie. What do you think?