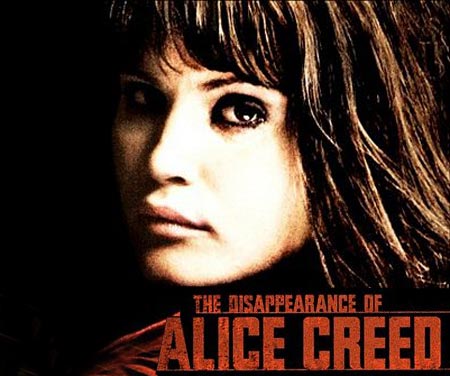 Anchor Bay Films has debuted the new U.S. trailer and poster for upcoming intense thriller The Disappearance of Alice Creed. An abduction takes a number of unexpected turns in this independent thriller from Britain. Vic (Eddie Marsan) and Danny (Martin Compston) are a pair of ex-cons who spend several days elaborately soundproofing and reinforcing the walls of a small apartment. Vic is hard-edged and domineering with a fierce suspicious streak, while Danny is weak-willed and will do nearly anything Vic asks of him. We soon learn what Vic and Danny were planning as they grab a young woman off the street, take her back home and tie her to the bed. The young woman is namedAlice Creed (Gemma Arterton), and she comes from a wealthy family; after taking some snapshots of her, Vic fires off a ransom demand to her father, asking for £2 million in exchange forAlice ’s safe return. Vic is convinced he’s executing the perfect crime, but it becomes apparent that not everything is going as planned; Alice is smarter and more resourceful than he imagined, and Danny’s allegiances can be manipulated in ways Vic never anticipated. TheDisappearance of Alice Creed was the first feature film from director J. Blakeson. [youtube]http://www.youtube.com/watch?v=NWIzvMVykBI[/youtube] What do you think of the trailer? The Disappearance of Alice Creed which screened at the Toronto International Film Festival is scheduled to be released August 6th, 2010 in limited theaters. 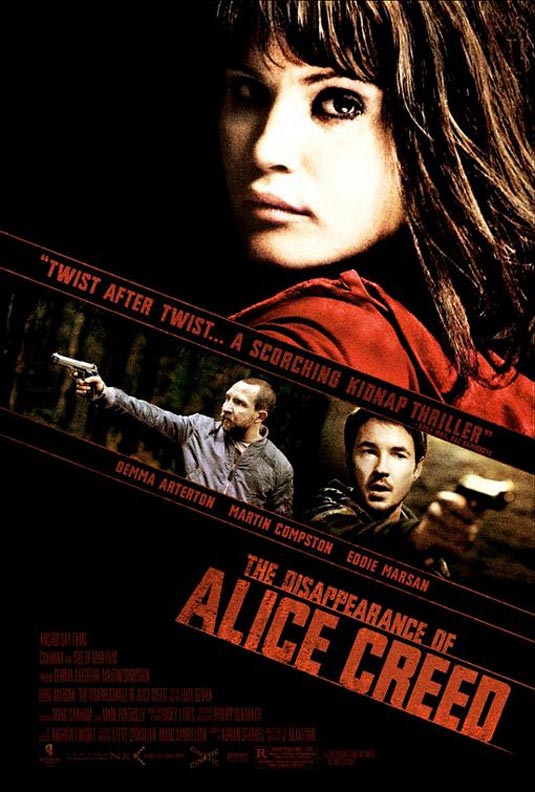