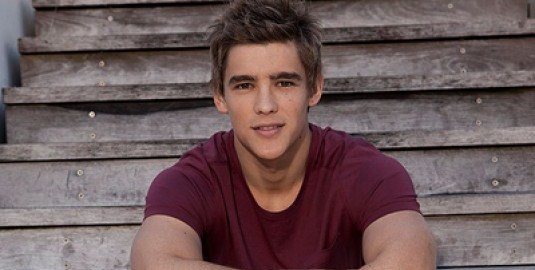 Maybe he’s a totally new face for you, maybe not, but – don’t worry, you’ll soon have a chance to watch young Australian actor Brenton Thwaites in a movie titled Oculus. Even better, he’s set to star as the lead in this horror pic which comes from director Mike Flanagan. Nice start for that cute face of yours, Thwaites! At this moment we know that Oculus will center on two young children who became orphans ten years ago after a horrifying family incident. Although authorities charged the boy with the murder, his sister believes that the true culprit was a powerful antique mirror. Rory Cochrane is also on board to star in the whole thing, as well as Karen Gillan, who is set to play the female lead. The rest of the cast will apparently also include Katee Sackhoff, Annalise Basso, Garrett Ryan, James Lafferty and Miguel Sandoval. Let me also mention that director Flanagan co-wrote the script with Jeff Howard, and that Oculus has already started shooting near Mobile, Alabama. In the meanwhile, I will add another Thwaites’ photo, and remind you that he’s currently filming the role of the Prince in Disney’s Maleficent.