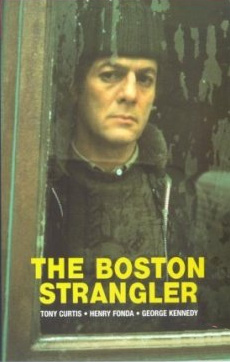 Brian De Palma has signed on to direct The Boston Stranglers, says The Hollywood Reporter. Based on Susan Kelly‘s non-fiction book The Boston Stranglers: The Public Conviction Of Albert DeSalvo And The True Story Of Eleven Shocking Murders, the film charts the murders attributed to an infamous Boston serial killer in the ’60s. Alan Rosen will pen the film’s screenplay with Gale Anne Hurd acting as producer. The thriller will detail the early ’60s Beantown killings and their controversial resolution. The case continues to prove controversial to this day, as many experts question whether Alan DeSalvo, the man who confessed to the murders, was the real killer. The murders were the basis of a 1968 movie that starred Tony Curtis as DeSalvo and Henry Fonda as the detective pursuing him. That version was based on an earlier book by Gerold Frank.
Continue Reading
Advertisement
You may also like...
Related Topics:Brian De Palma