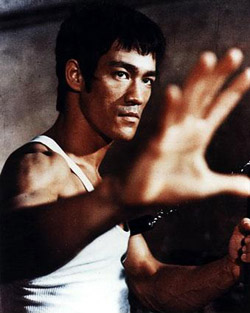 Paul Maslansky is developing The Silent Flute, based on a treatment written by the late Bruce Lee. So, as you see, some weird things are happening in Hollywood these days. We already wrote about that Stanley Kubrick’s reincarnated project, and look at this now! Bruce Lee died in 1973, but that story he wrote shortly before his death is being turned into a film today! The most important thing is the fact that Maslansky seems to be very enthusiastic about this one, since he said that “it will be an epic martial arts adventure film that promises to honor Bruce Lee’s original artistic and philosophical conception. It also promises to reach new levels of action and adventure never before seen in martial arts filmmaking.” And one of the most interesting facts, is that Maslansky successfully secured financing from B&E Productions, a Hong Kong based company. On the other hand, his son Sasha is composing the screenplay basing it on Bruce Lee’s original treatment, and  will also serve as producer along with Bey Logan, Kurt Fethke, co-producers David Tadman, Steve Kerridge, and his father, executive producer. But really, guys, is this such a big surprise? No way, especially if you remember that Maslansky already produced an older 1978 version which was titled Circle of Iron and followed a story of a young martial art rebel Cord who competes for, and loses the right to go on a quest or the Book of All Knowlege held by a wizard named Zetan. Ok, we know it’s too early for some big news here, since there’s no word yet on who will star in the new film, but at least, it’s nice to hear that something like this is coming, especially if you’re a fan of this kind of movies. Are you ready for some Bruce- Lee -action, huh? Let’s watch this without prejudice, and see how the whole thing will turn out. We do miss this kind of stuff, and we really hope that Maslansky is going to prepare something new (or new-leveled, as he said). We’ll be watching them, so don’t worry, with every new information, we’ll be right here! [youtube]http://www.youtube.com/watch?v=uPi23unabtM&feature[/youtube]
Continue Reading
Advertisement
You may also like...
Related Topics:Bruce Lee