Connect with us
X-Men: First Class madness is still actual. But no, we’re not here today for more casting news, don’t worry! 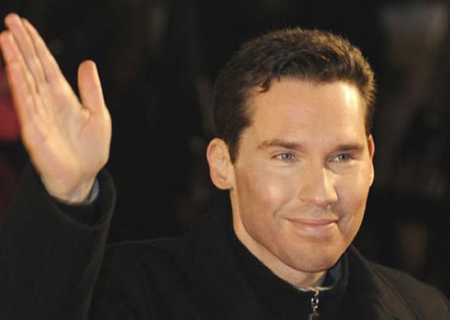 We’re here to share some X-men details with you, especially if you were a little confused with all those characters lately (young/old). Thanks to movie producer Bryan Singer, and guys from AICN we finally have something fresh to write about the project. Check out the most interesting parts: “The film takes place in the 1960’s. John F Kennedy is the President of the United States. Martin Luther King and Malcolm X are on TV doing marches. There is a spirit of a hopeful future that was prevalent in that time. We will see how Xavier and Erik Lehnsherr met – and how they dreamt of a future with Mutant & Human kind. They’re going to be in their late twenties. Xavier will not be in his wheelchair to begin the film – but we will see how he wound up in a wheelchair. We’ll see McAvoy and Fassbender‘s Magneto formulate what it is they are attempting by creating the X-Men” Bryan Singer also revealed that: “…this is not the conventional First Class comic – but rather a new beginning for X-Men. Set in the 60s – Vaughn is technologically inspired by James Bond’s tech of the time. The costumes will be far more comic bookish than we’ve seen before – and while Scott and Jean aren’t here – Cyclops’ brother Alex Summers aka Havoc will be, as played by Lucas Till.” As for Kevin Bacon – he will indeed be playing Sebastian Shaw in the film, as a key member of the Hellfire Club. When asked if Bacon would sport the ponytail and ribbon associated with the character, Singer laughed and remarked, “We’ll see.” Singer also confirmed that previously reported cast is correct and that means we’ll watch: James McAvoy as Professor Charles Xavier, Michael Fassbender as Magneto, Bill Milner as Young Magneto, Nicholas Hoult as Beast, Caleb Landry Jones as Banshee, Jennifer Lawrence as Mystique, Morgan Lily as Young Mystique, Kevin Bacon as villain Sebastian Shaw, Edi Gathegi as Darwin, Jason Flemyng as Azazel, Rose Byrne as Moira MacTaggert, Oliver Platt as The Man in Black, January Jones as Emma Frost, Zoe Kravitz as Angel Salvadore, Lucas Till as Havoc. Make sure you stay tuned for more updates on X-Men: First Class. Take this as a warning – we’ll be back with a first look at some of the costumes soon!
Continue Reading
Advertisement
You may also like...
Related Topics:Bill Milner, Bryan Singer, Caleb Landry Jones, James McAvoy, January Jones, jason flemyng, Jennifer Lawrence, Kevin Bacon, Lucas Till, Matthew Vaughn, Michael Fassbender, Morgan Lily, Nicholas Hoult, Oliver Platt, Rose Byrne, X-Men: First Class, Zoe Kravitz