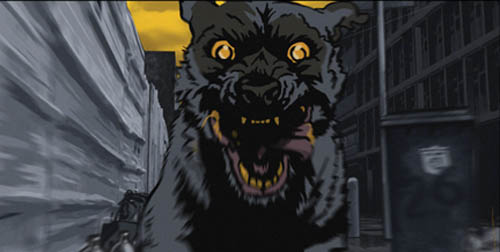 Playing in the Official Selection, Israeli director Ari Folman‘s Waltz With Bashir, a documentary about the Israeli Army mission in the first Lebanon War of 1982, is a major revelation. Waltz with Bashir documents the struggle of the filmmaker, Ari Folman, to come to terms with the gaps in his memory surrounding the part he played in the first Lebanese war and the 1982 massacre of Palestinian civilians in the West Beirut refugee camps of Sabra and Shatila. An animation that is visually bold and politically combustible, it’s based on the director’s own experiences as a draftee soldier. The film begins with him confessing to a friend about a recurring nightmare in which he is chased by savage dogs. This is interpreted as being something to do with his military past, a past he has blocked out over subsequent decades. Synopsis:

One night at a bar, an old friend tells director Ari about a recurring nightmare in which he is chased by 26 vicious dogs. Every night, the same number of beasts. The two men conclude that there’s a connection to their Israeli Army mission in the first Lebanon War of the early eighties. Ari is surprised that he can’t remember a thing anymore about that period of his life. Intrigued by this riddle, he decides to meet and interview old friends and comrades around the world. He needs to discover the truth about that time and about himself. As Ari delves deeper and deeper into the mystery, his memory begins to creep up in surreal images… 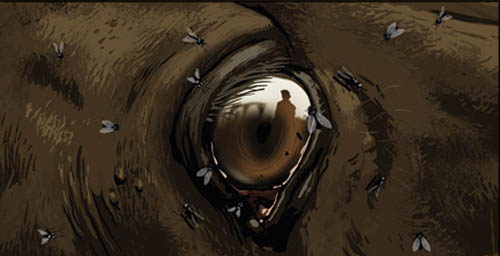