Beasts of the Southern Wild is Benh Zeitlin‘s debut feature and one of the titles that will compete in Un Certain Regard category at this year’s Cannes Film Festival. The movie definitely looks interesting and completely different than anything we had ever seen. It’s already being described as “a magical realist tale” shot on Super 16-millimeter film, so I definitely recommend you to check out the rest of this report for more details.

The movie is set in a forgotten but defiant bayou community cut off from the rest of the world by a sprawling levee, where a six-year-old girl named Hushpuppy, exists on the brink of orphanhood. Buoyed by her childish optimism and extraordinary imagination, she believes that the natural world is in balance with the universe until a fierce storm changes her reality. Desperate to repair the structure of her world in order to save her ailing father and sinking home, this tiny hero must learn to survive unstoppable catastrophes of epic proportions. Beasts of the Southern Wild stars Quvenzhané Wallis and Dwight Henry, and as we already mentioned, this is the first feature from Zeitlin, a Queens native who grew up in Westchester County and graduated from Wesleyan University. What’s also interesting about this filmmaker is that among his influences he counts Terence Malick, John Cassavetes and Emir Kusturica. I hope you liked this little Beasts story, as well as the official poster for the whole thing. Zeitlin’s movie premiered at Sundance and won Grand Jury Prize will now compete in Un Certain Regard category at 65th Cannes Film festival, which runs from 16th to 27th May. [youtube]http://www.youtube.com/watch?v=_UB3vpfoU60[/youtube] 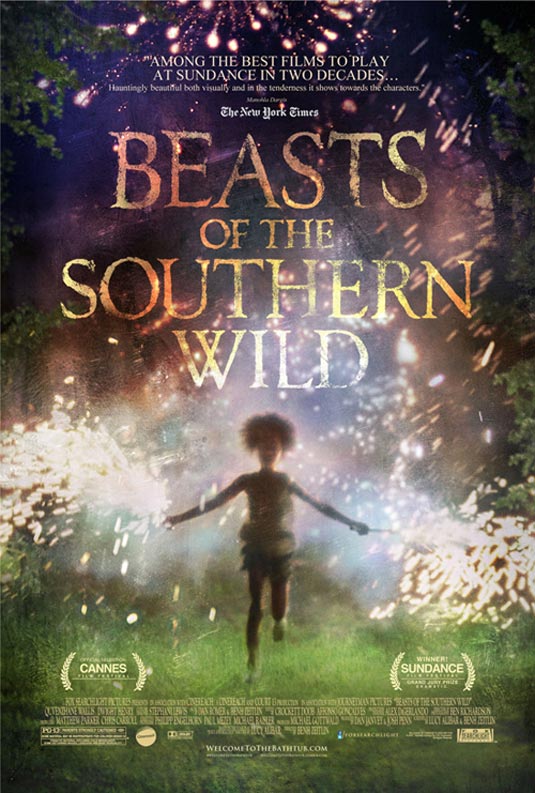 Continue Reading
Advertisement
You may also like...
Related Topics:Beasts of the Southern Wild, Benh Zeitlin, Un Certain Regard