Here’s the latest poster and a completely new trailer for the upcoming Dracula 3D, Dario Argento‘s newest project which will screen at this year’s Cannes Film Festival. Great cast and quite interesting story from Argento’s first 3D horror film which is not completely an adaptation of Bram Stoker’s novel of the same name, but definitely features elements from the whole thing. Check out the rest of this report for more details… Well, first of all, for a first 3D movie, this could be good – intense, spooky enough and if you want my opinion on this one – those scenes in the woods are my favorite. And the story starts one night in the woods adjacent to Passo Borgo, at the foot of the Carpazi mountains, where a couple of young lovers, Tania and Milos, secretly meet. On her way home, Tania is chased and overcome by a “dark shadow” that kills her. In those days Jonathan Harker, a young librarian, arrives at the village hired by Count Dracula, a nobleman from the area. Tania’s body mysteriously disappears from the cemetery… Dracula 3D stars Thomas Kretschmann as Dracula, Asia Argento as Lucy Kisslinger, Rutger Hauer as Van Helsing, Marta Gastini as Mina, Unax Ugalde as Jonathan Harker and Miriam Giovanelli as Tania. Let us know what you think about this trailer, and stay tuned for more! 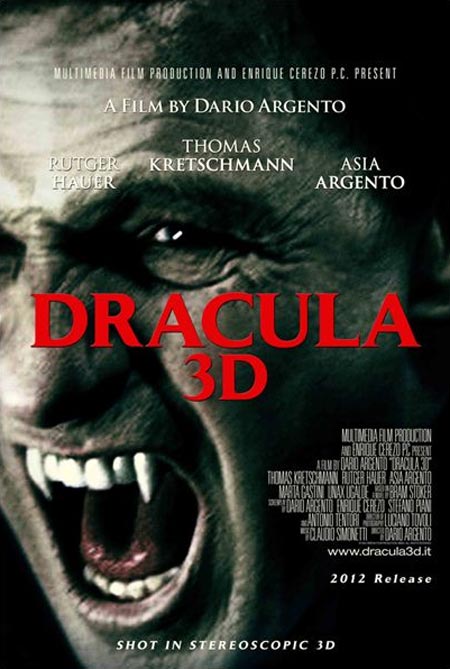