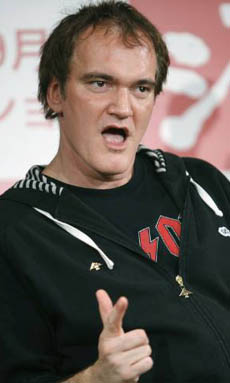 Quentin Tarantino will give the Cinema Masterclass lecture at Cannes Film Festival, which runs May 14 to 25. In the lecture, Tarantino, who headed up the 2004 Cannes jury, will discuss his experiences as a helmer and screenwriter. The date and time of the lecture has not yet been set. Previous speakers include Martin Scorsese, Stephen Frears, Nanni Moretti, Wong Kar-Wai and Sydney Pollack. Tarantino’s first pic “Reservoir Dogs” was selected to play in the out of competition section of the fest in 1992. Two years later “Pulp Fiction” was awarded the Palme d’Or by a jury headed by Clint Eastwood. Last year, his B-movie homage “Death Proof” played in competition at the fest.
Continue Reading
Advertisement
You may also like...
Related Topics:Quentin Tarantino