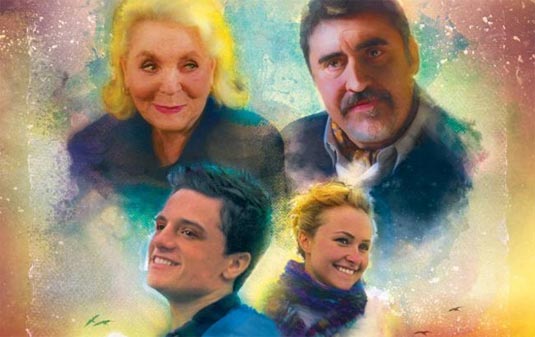 “We are excited to have completed ‘Camel-by-the-Sea’ by partnering with Craig Comstock and are confident the finished product will exceed expectations to investors and the hundreds of Carmel residents who contributed to a film that uses the tapestry of the famous coastal art colony and its community as the backdrop for this story,” said Michael-Ryan Fletchall, CEO, Experience Media Studios. “With its stellar cast and pristine backdrop, Craig saw the true value in completing ‘Carmel-by-the-Sea’ and we were happy to help raise the funds and oversee other aspects to make that happen.”

“With the work done on the financial and creative side of ‘Carmel-by-the-Sea’ we are now looking forward to the film’s acquisition process, ensuring this film gets the proper theatrical release it deserves,” said Craig Comstock. “Strong roles played by Josh Hutcherson, Alfred Molina, Hayden Panettiere, a moving performance by the legendary Lauren Bacall, and the cinematography showcasing the shimmering town that is Carmel, is something that needs to be experienced on the big screen.”

Carmel-by-the-Sea follows a 15-year-old art prodigy Joshua (Josh Hutcherson), abandoned by his drug-addicted mother in Carmel-by-the-Sea, a small town in northern California known internationally for its local art community. He is discovered for his own artistic talent and taken in by two apparently opposite mentors played by Alfred Molina and Lauren Bacall. While being mentored, Joshua is introduced to the high dollar, underground world of art forgery. Joshua’s love interest is played by Hayden Panettiere. Jason Kay, Experience Media Studios’ VP of Production, oversaw the completion of “Carmel-by-the-Sea”. The film is directed by Lawrence Roeck, cinematography by Walt Lloyd, edited by Michel Aller, and music composed by Jim Dooley.