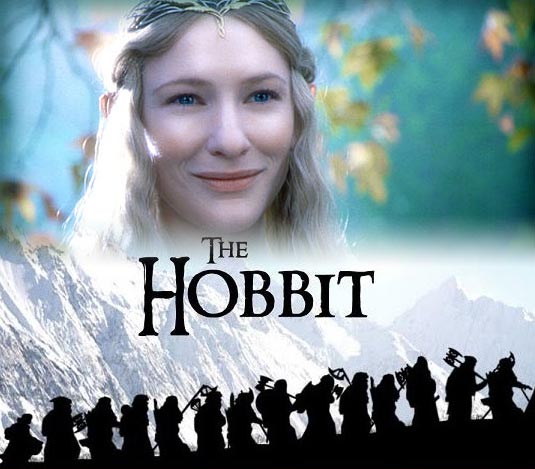 Warner Bros. New Line Cinema and MGM announced today that Oscar-winning actress Cate Blanchett has joined the cast of Peter Jackson‘s long awaited two-part adaptation of J.R.R. Tolkien’s The Hobbit. Jackson expressed his excitement with having Blanchett back on board:

“Cate is one of my favorite actors to work with and I couldn’t be more thrilled to have her reprise the role she so beautifully brought to life in the earlier films.”

Movies at Home, For $20.000
Charlize Theron and Armie Hammer in Hoover Biopic?
Advertisement